Written on May 7, 2018 by Studio Life in Newborn with 0 comments

There is a first time for everything! This was my first time holding a pup as young as 8 weeks old, it was also my first time photographing one. I was so excited to meet Hugo, the French Bulldog Pup. My French Bulldog, Marvin only came to our lives when he was about 1 ½ years old so we never saw him as a pup. Hugo surely stole my heart. I didn’t know what to expect so we started the session capturing his curious personality. He was skipping around the studio like a spring lamb. We had no idea if he would sleep but just like any new babies, they need to sleep eventually, right?! Once he was feeling cosy, he did drift off and I was able to pose him like a newborn baby. I could not believe it that all my newborn posing skills were working on Hugo pup. I picked some neutral tones to concentrate on his features and sweet face. I managed to put him in the basket after the beanbag poses without waking him. There are so many pictures to share, but here is a selection of some of my favourites! 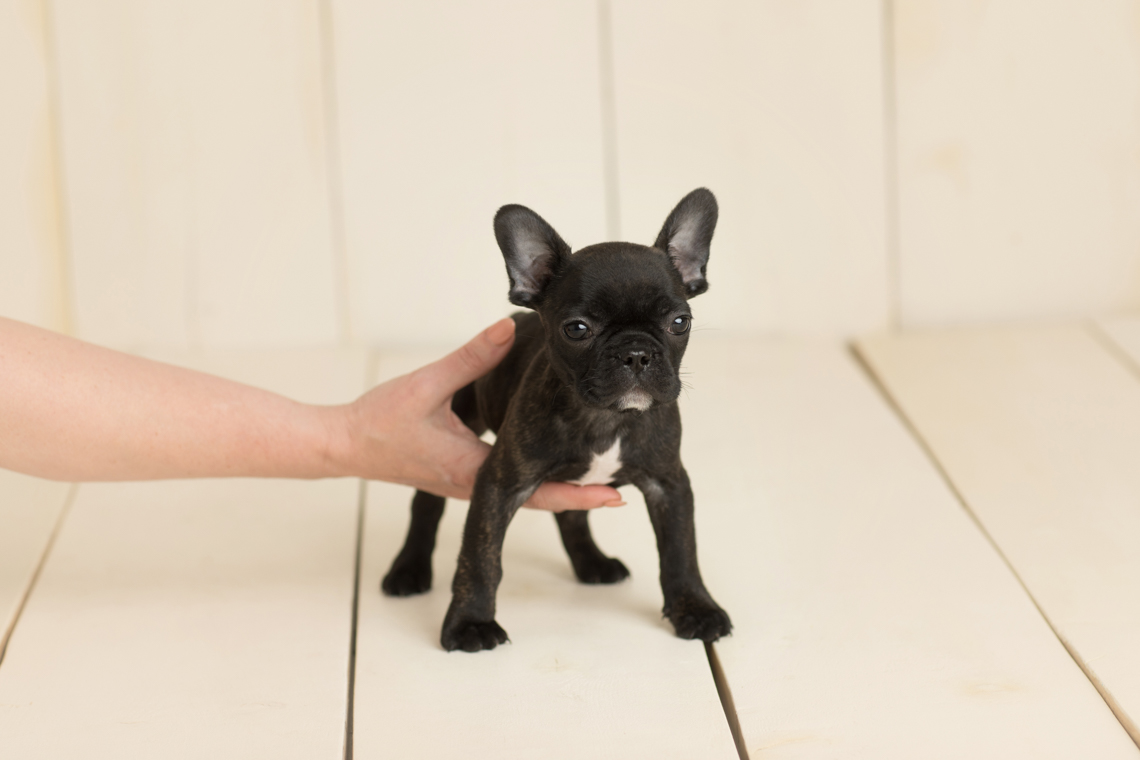 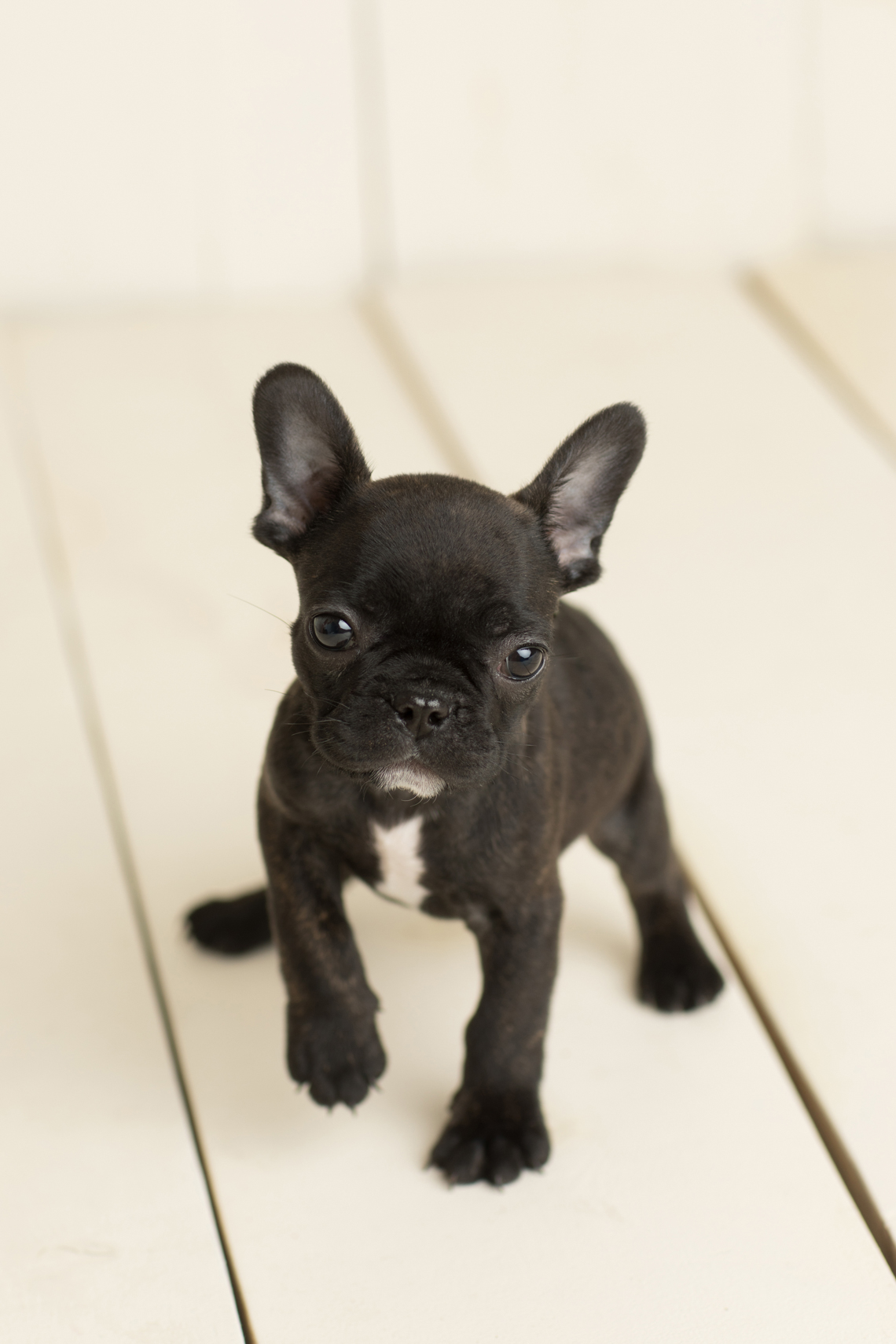 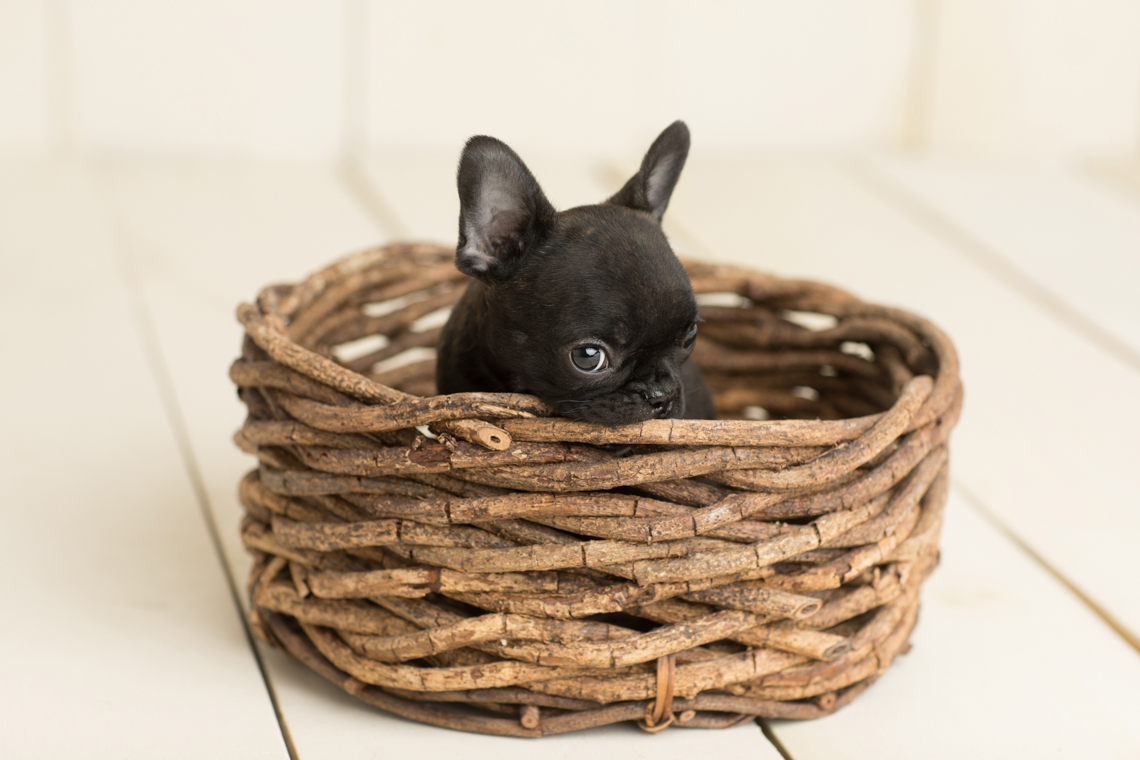 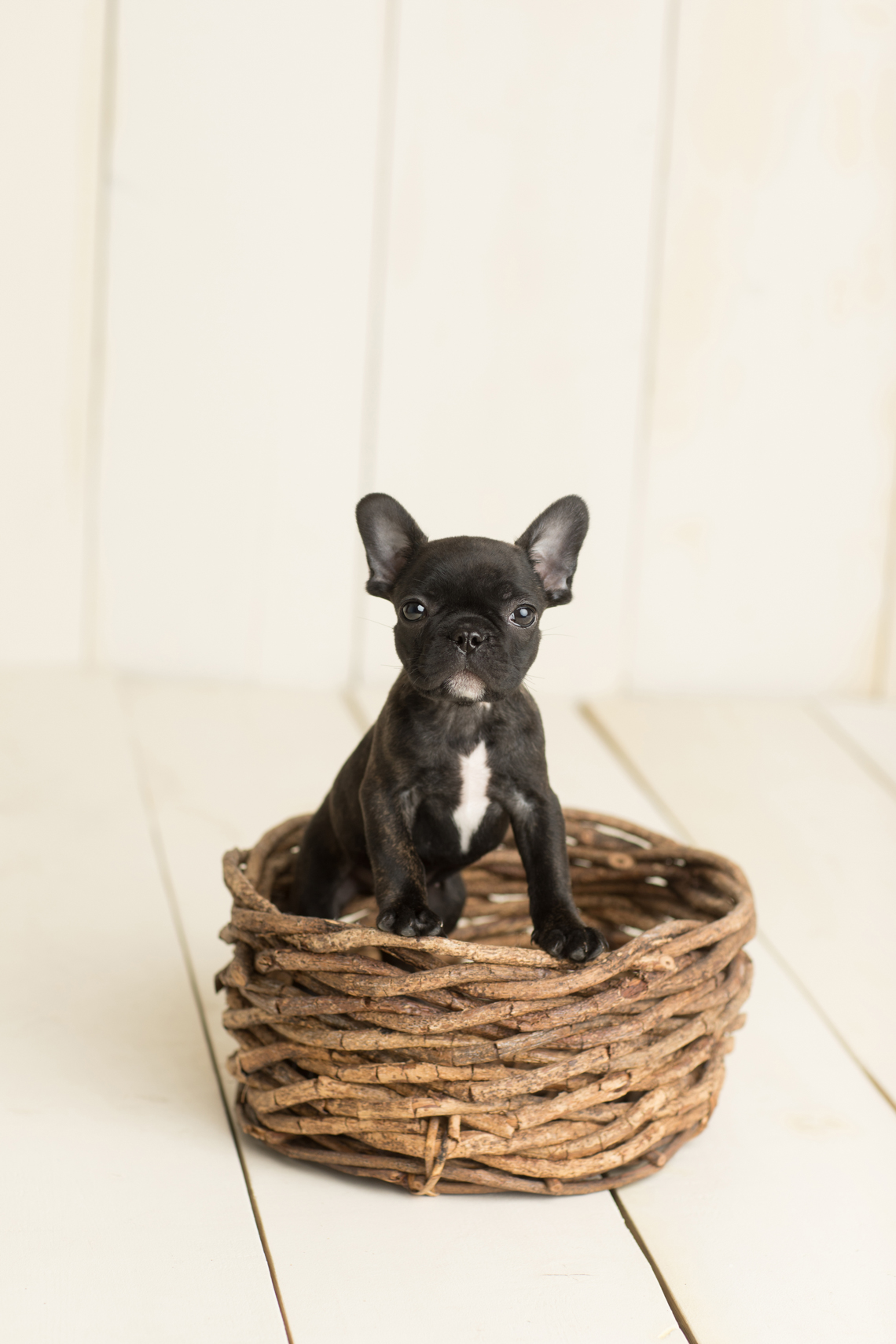 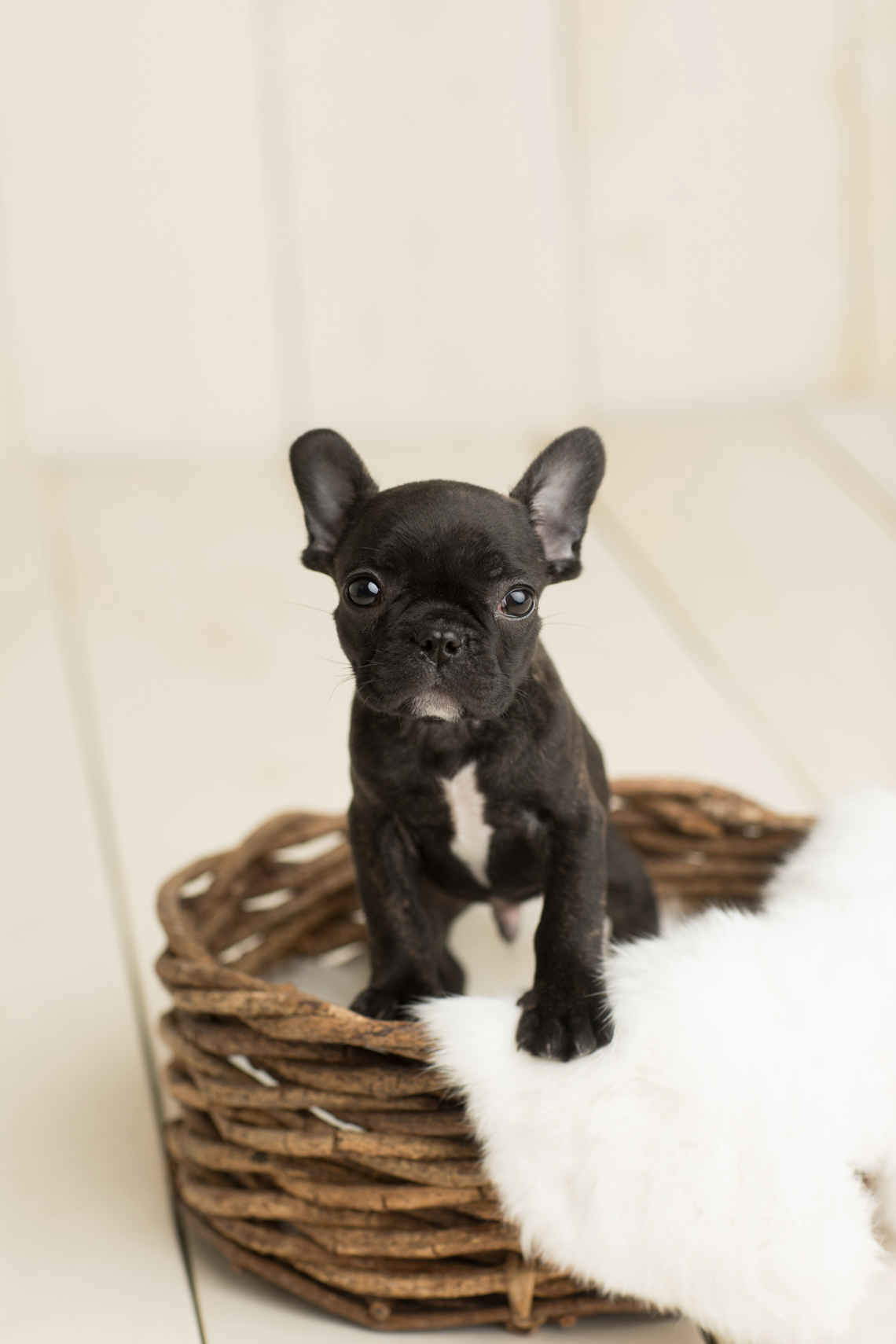 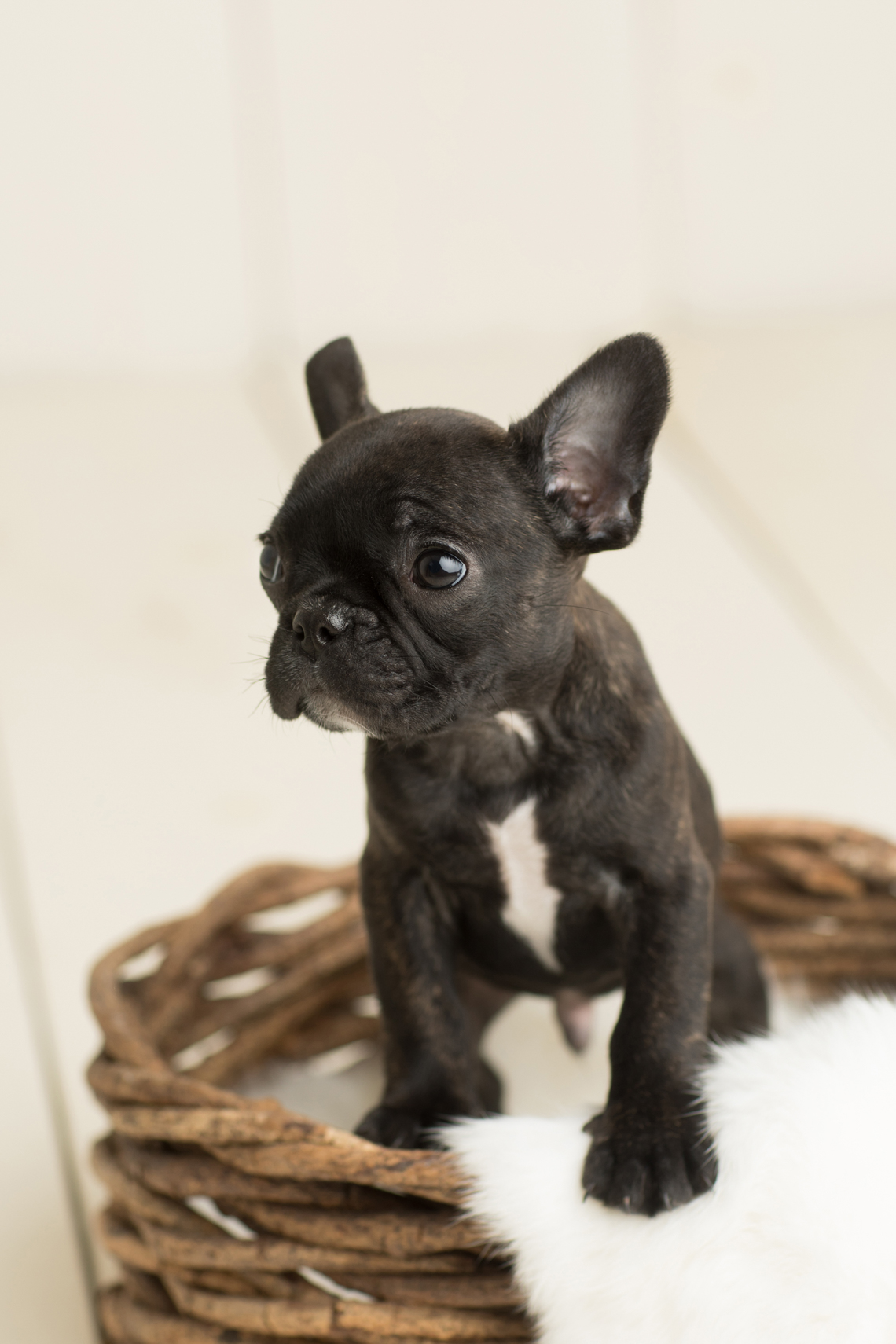 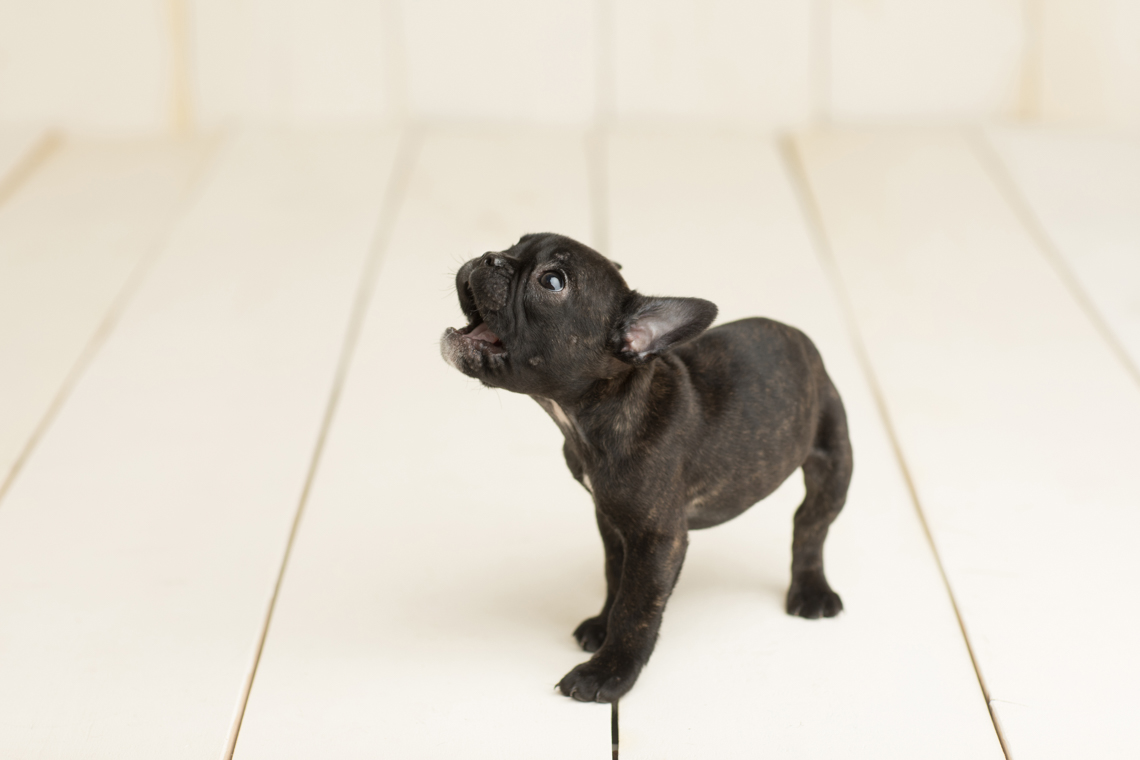 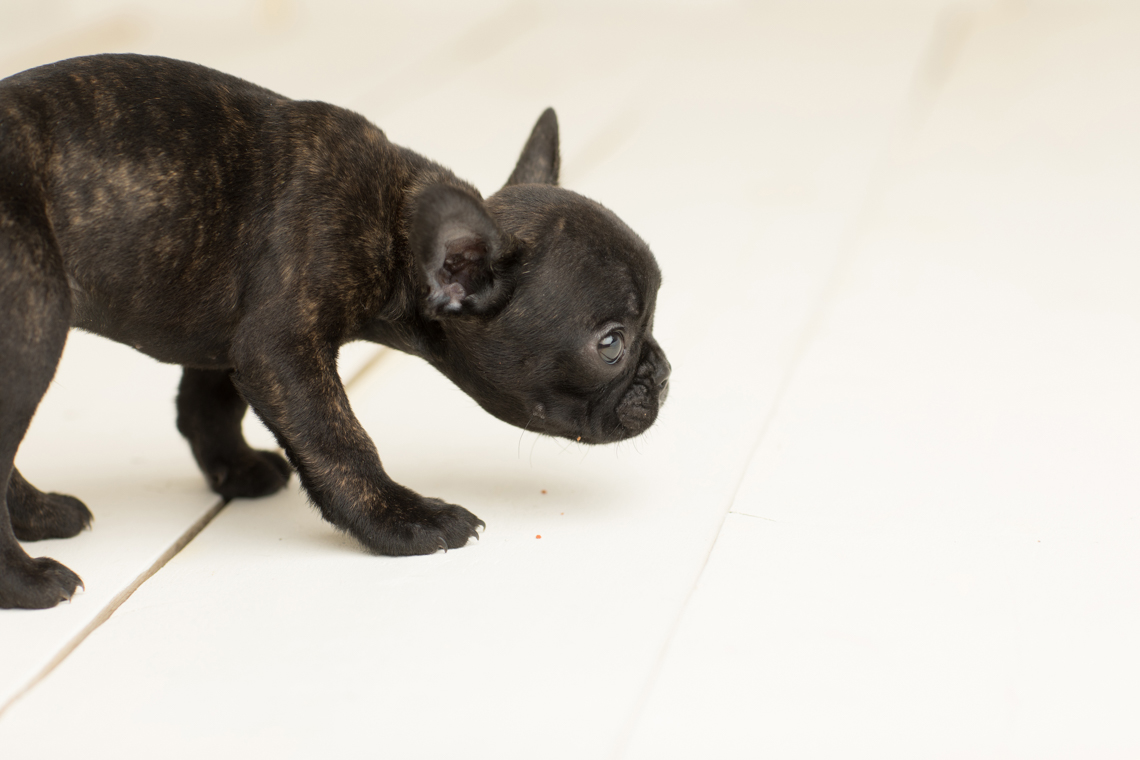 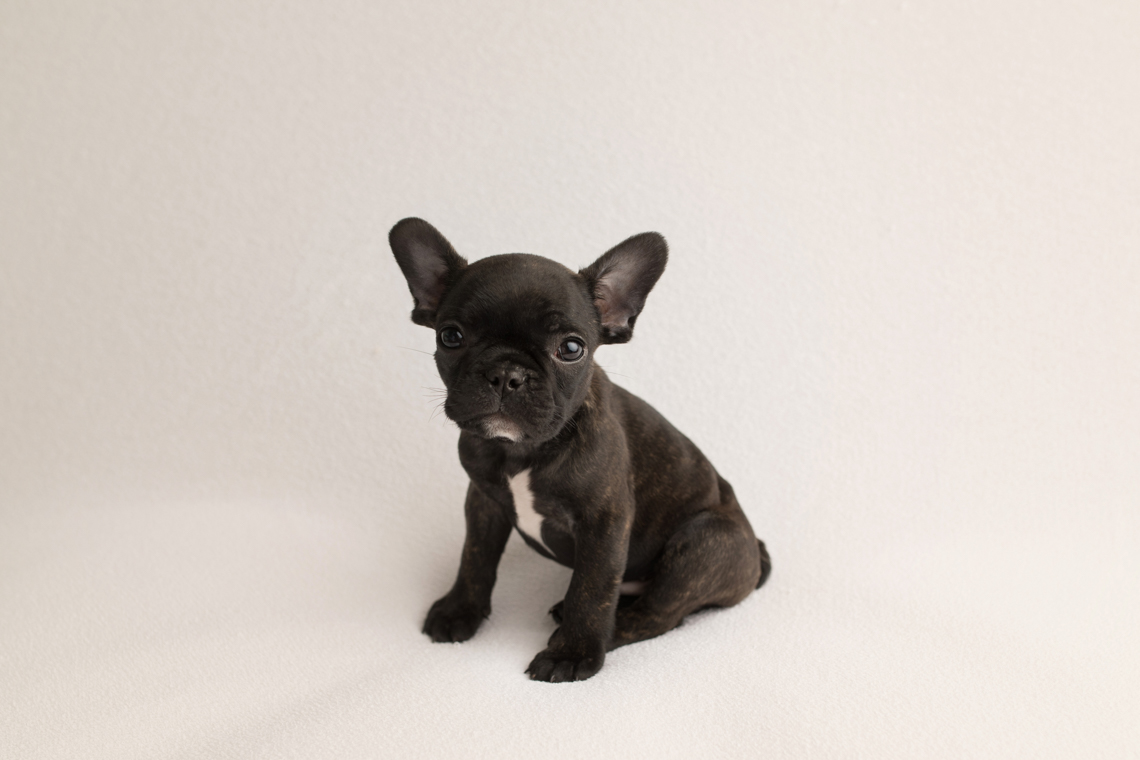 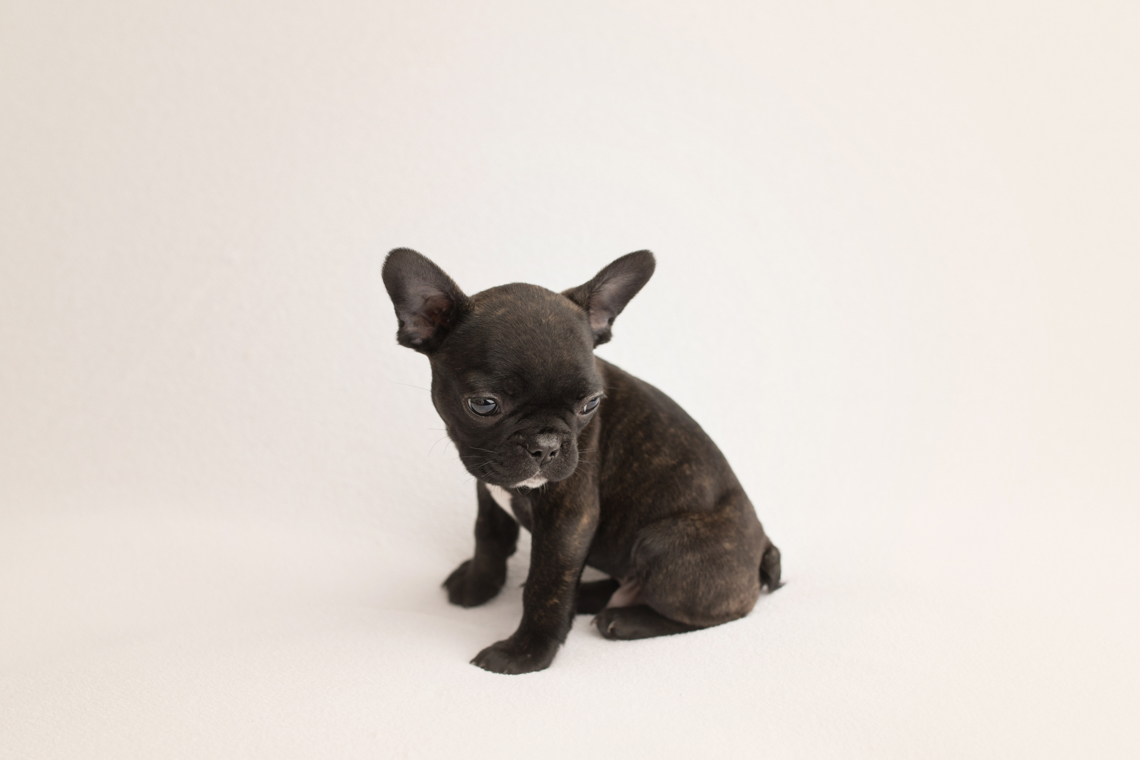 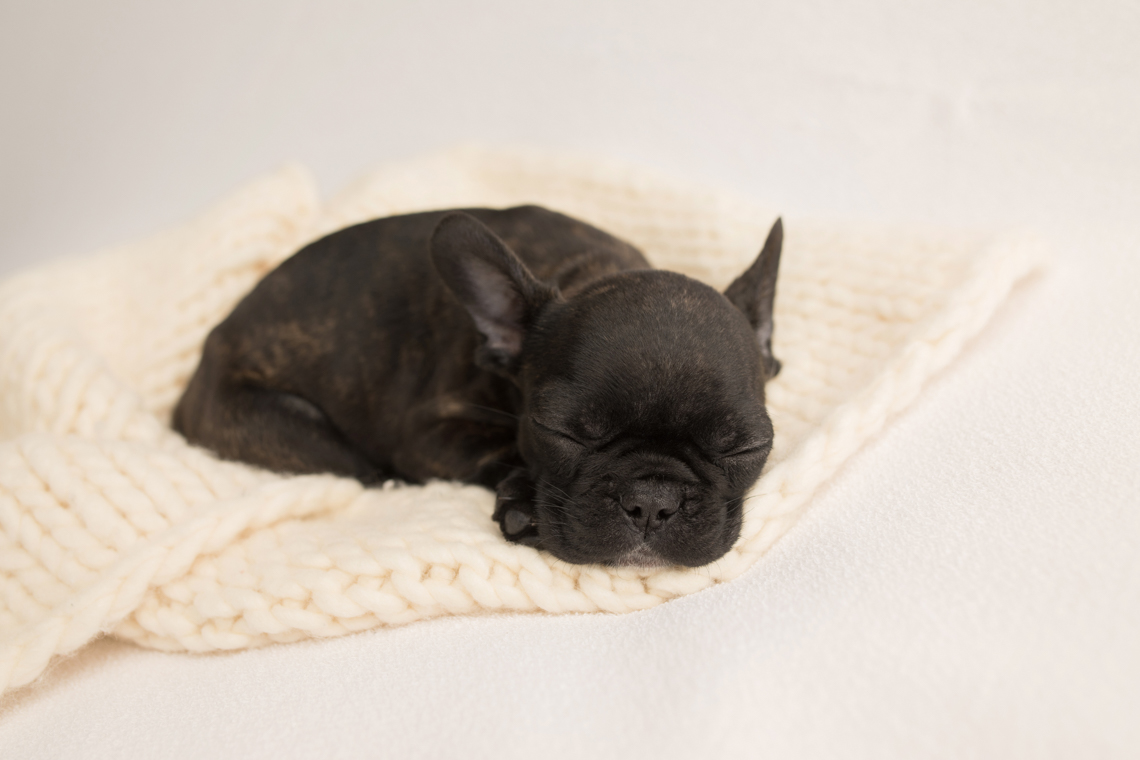 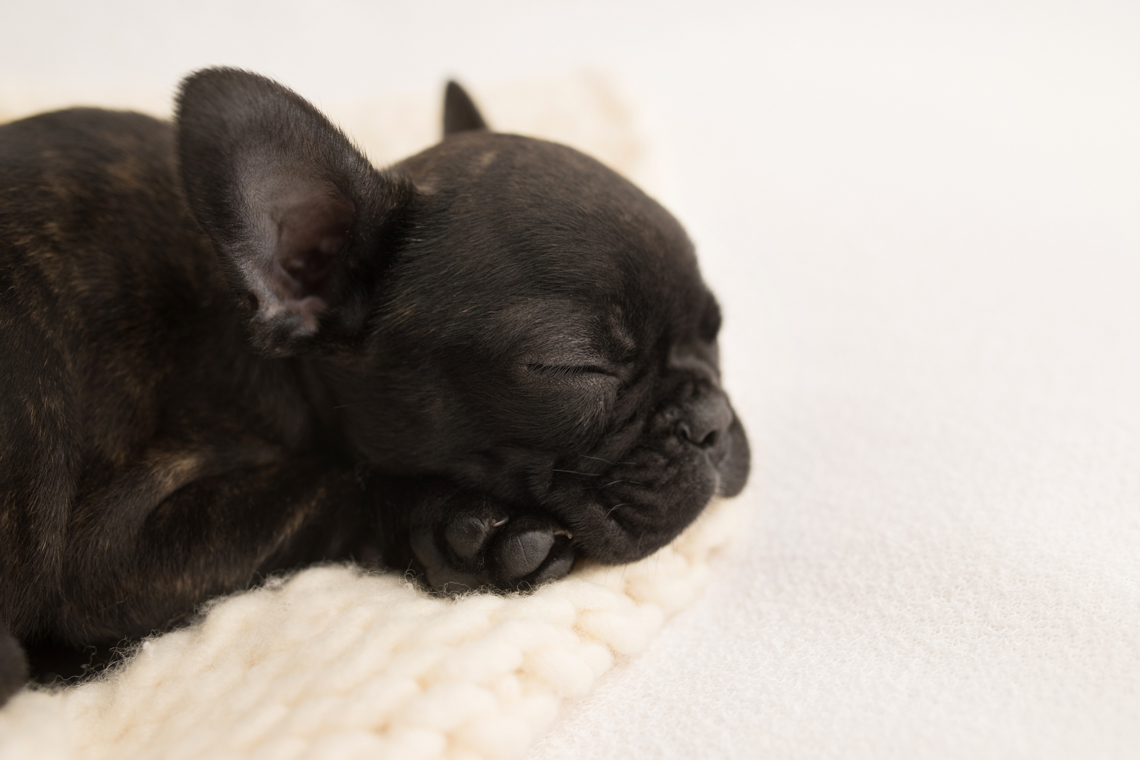 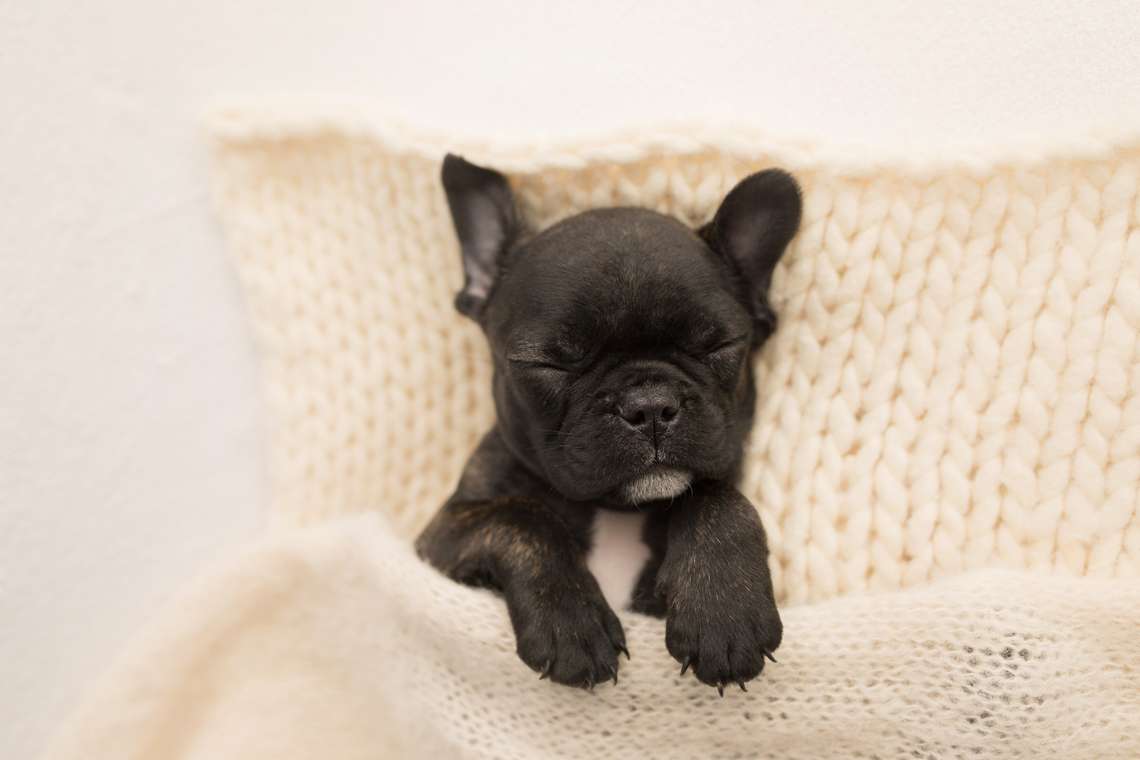 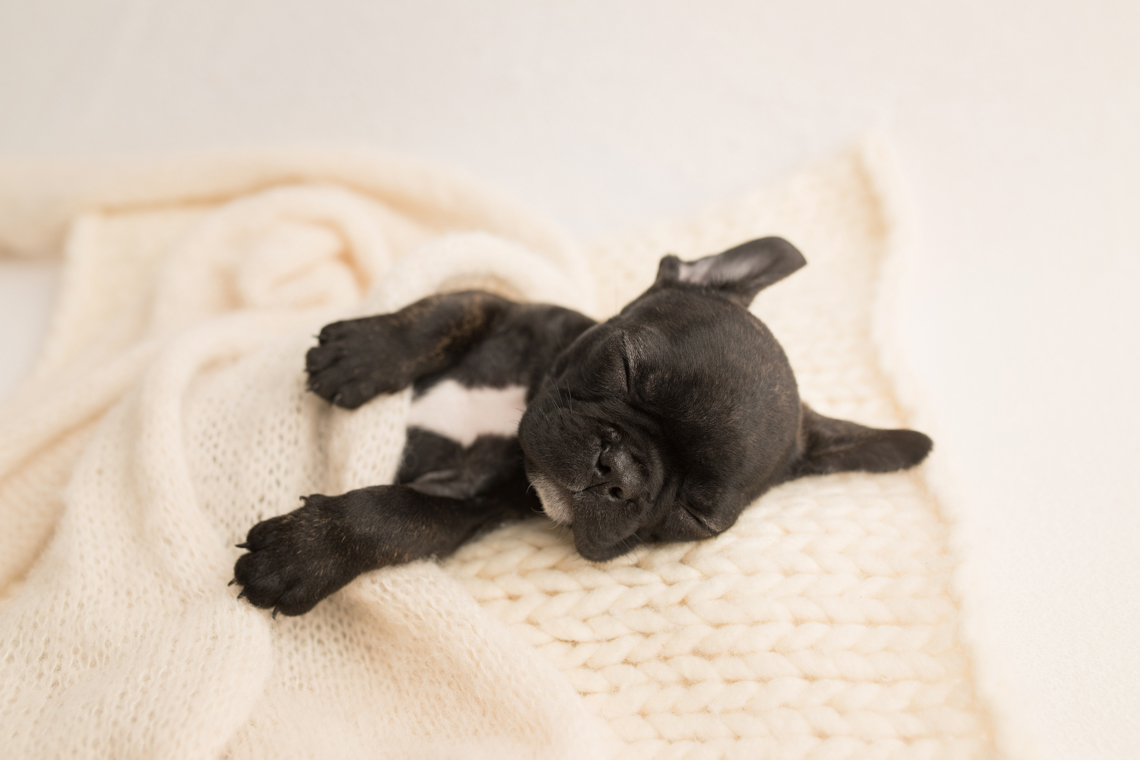 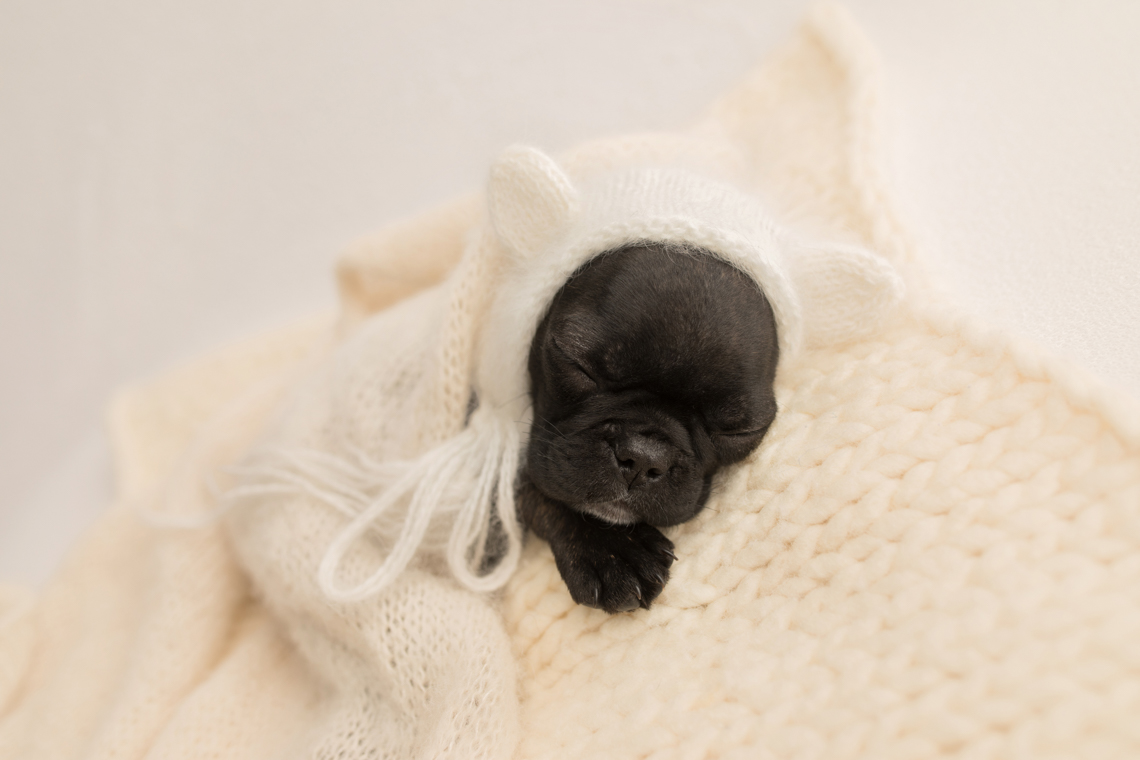 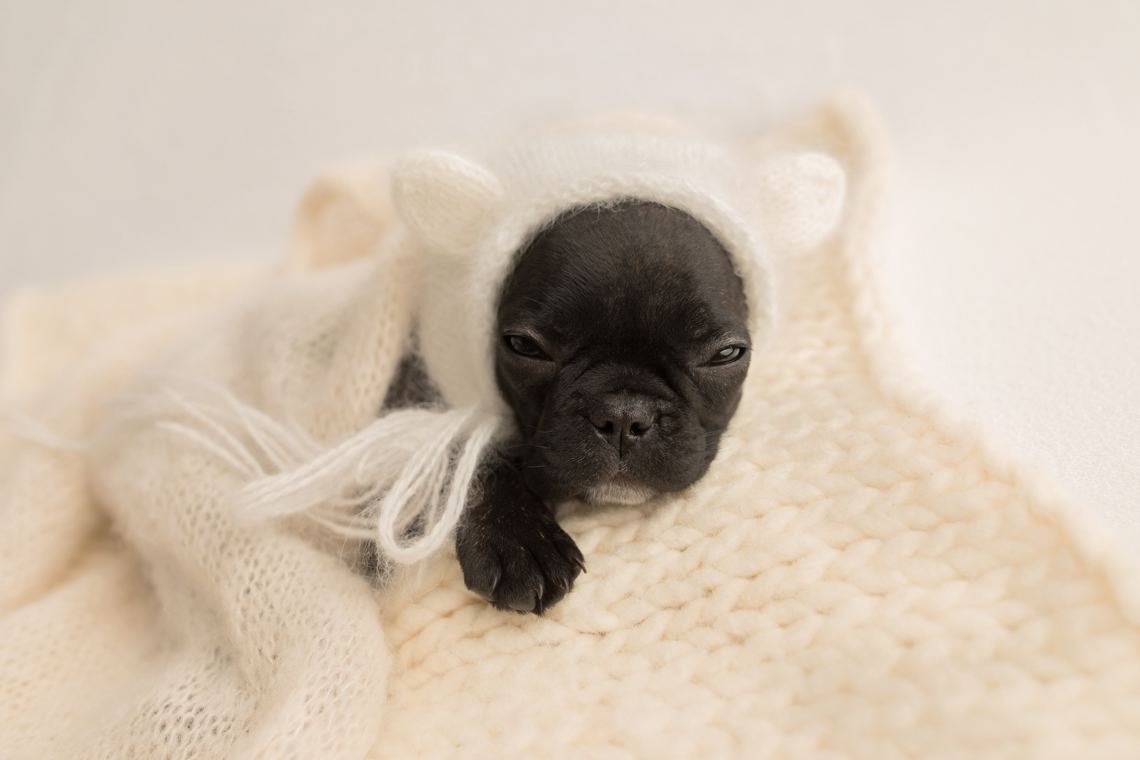 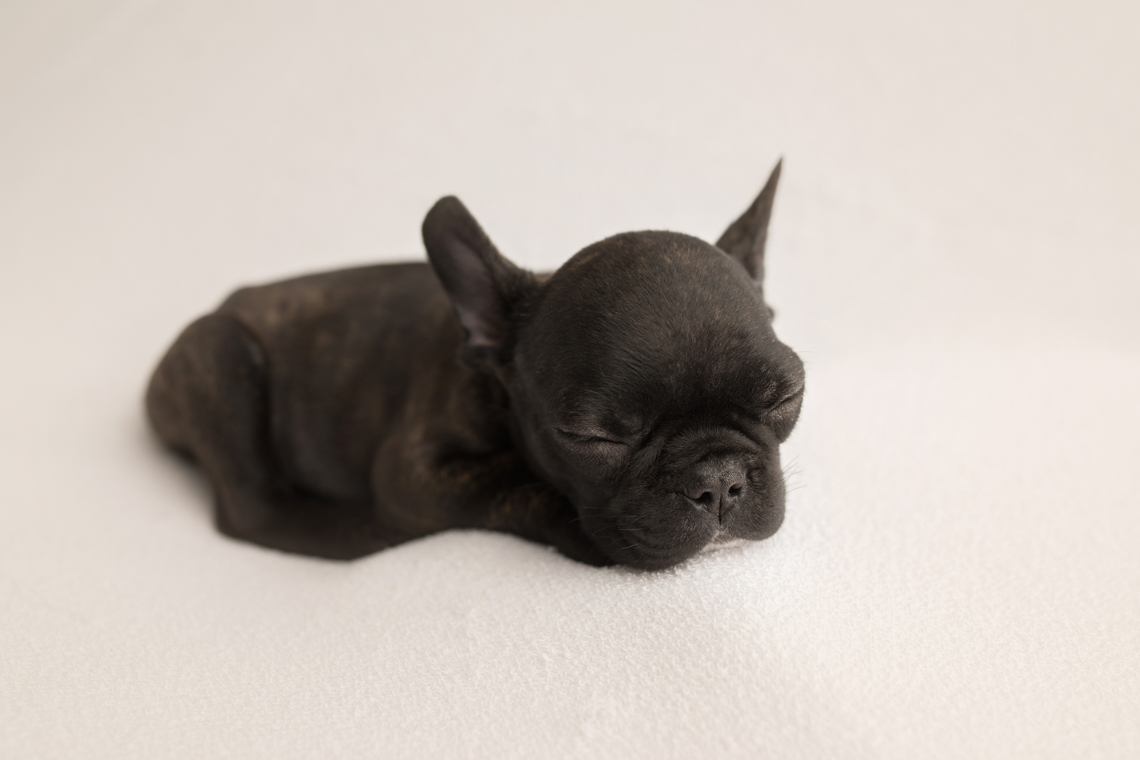 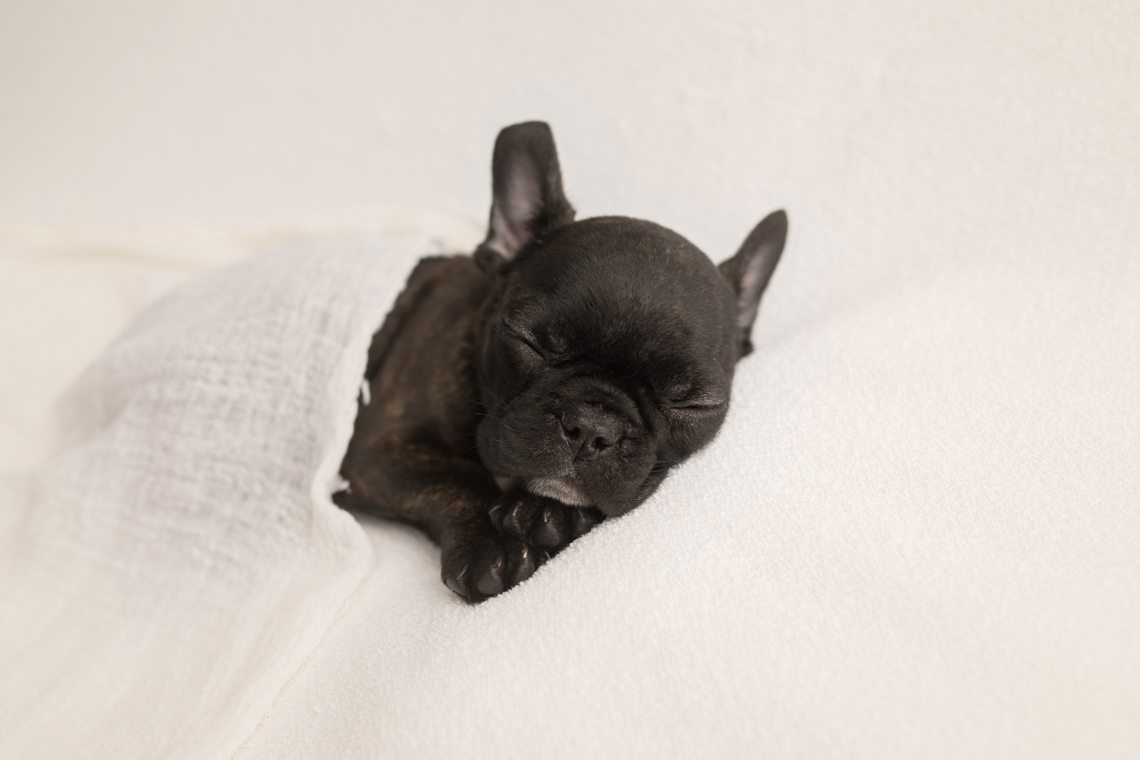 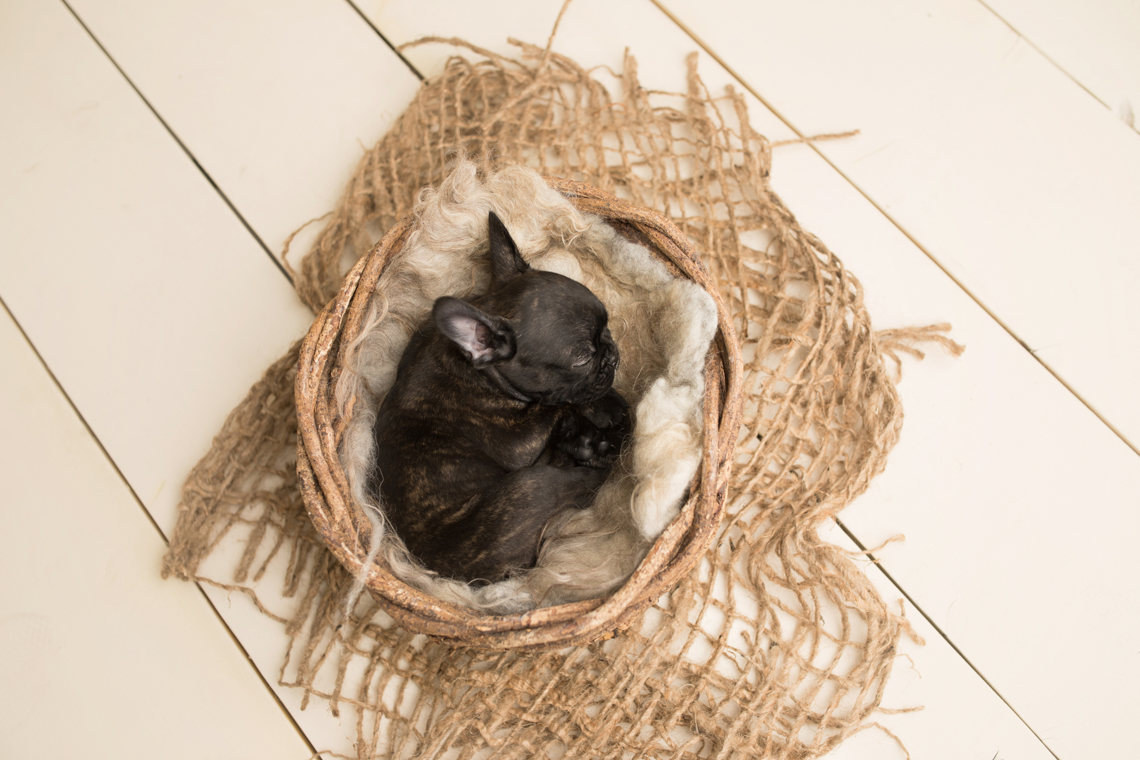 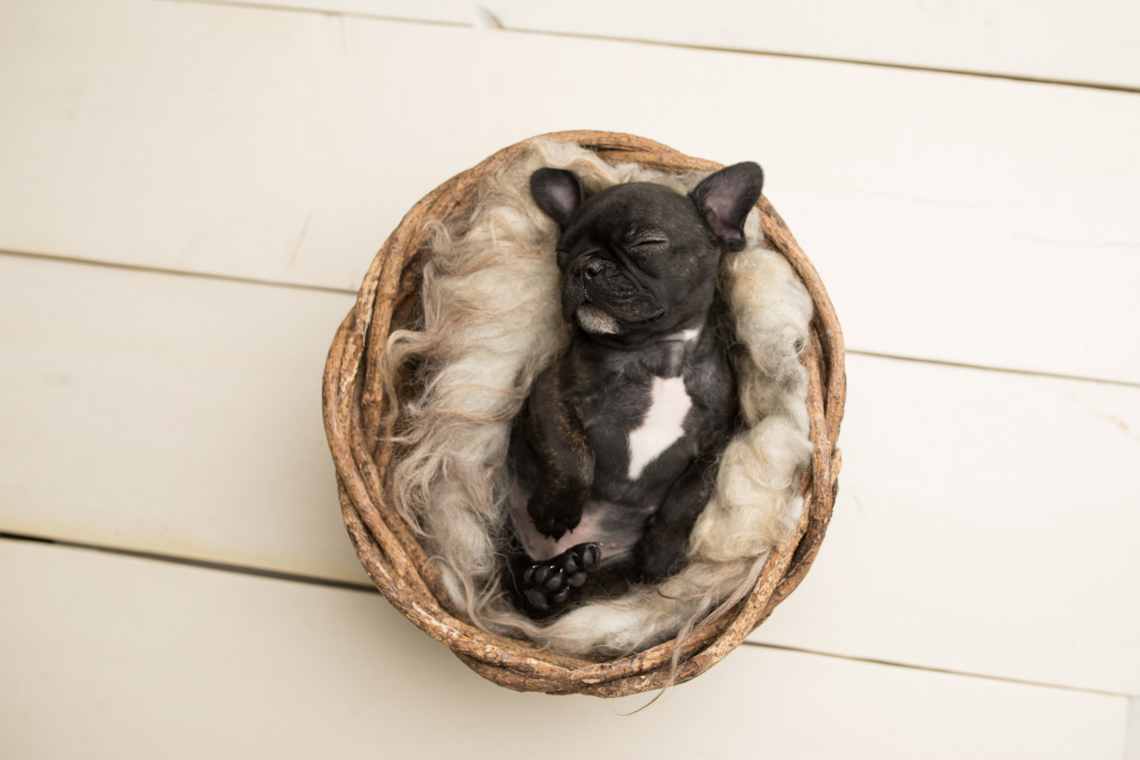 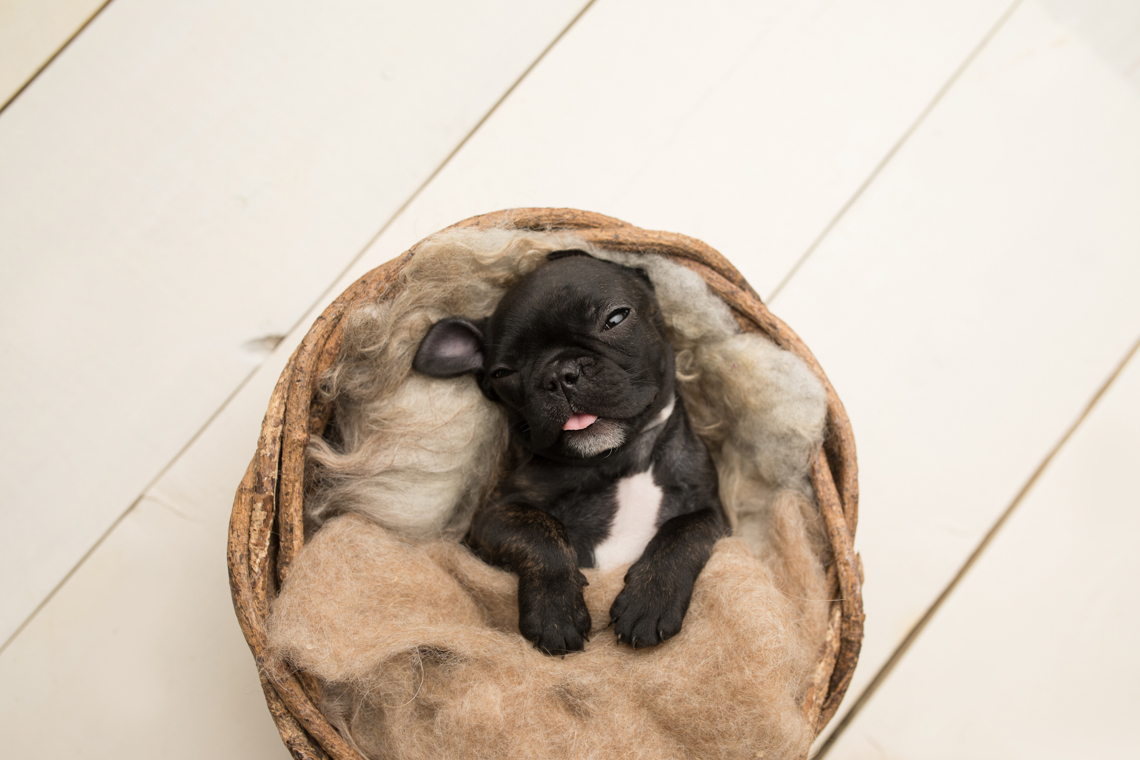 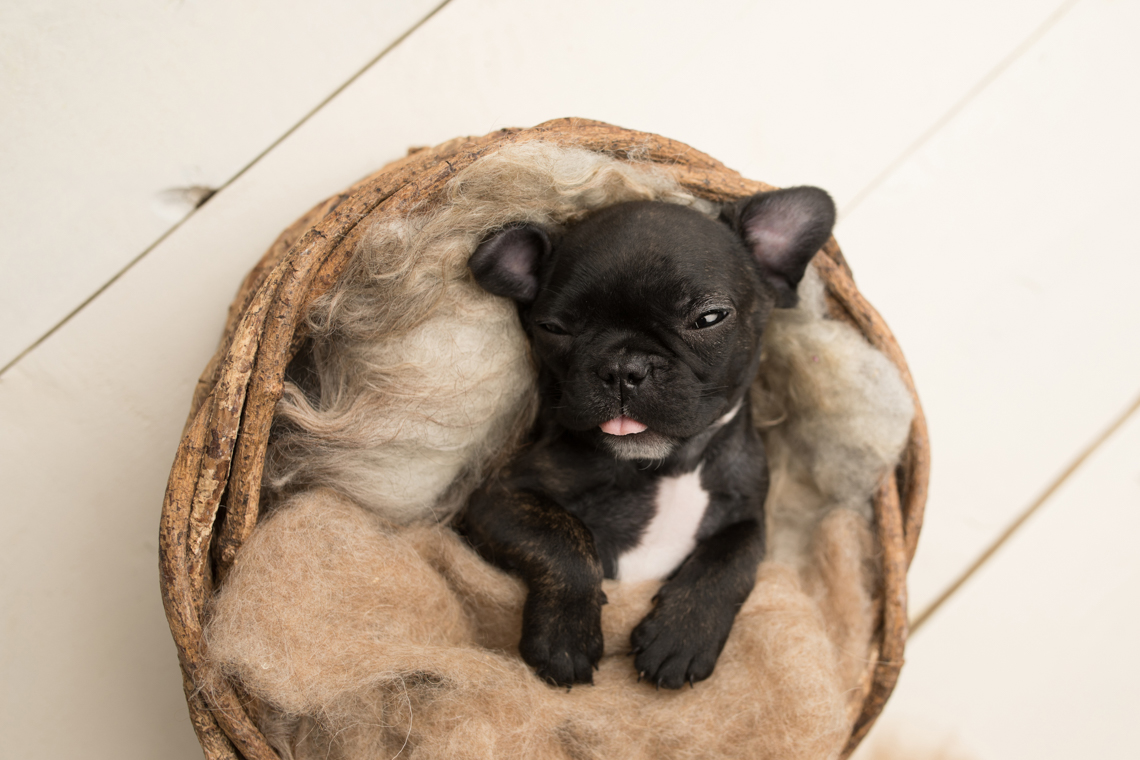 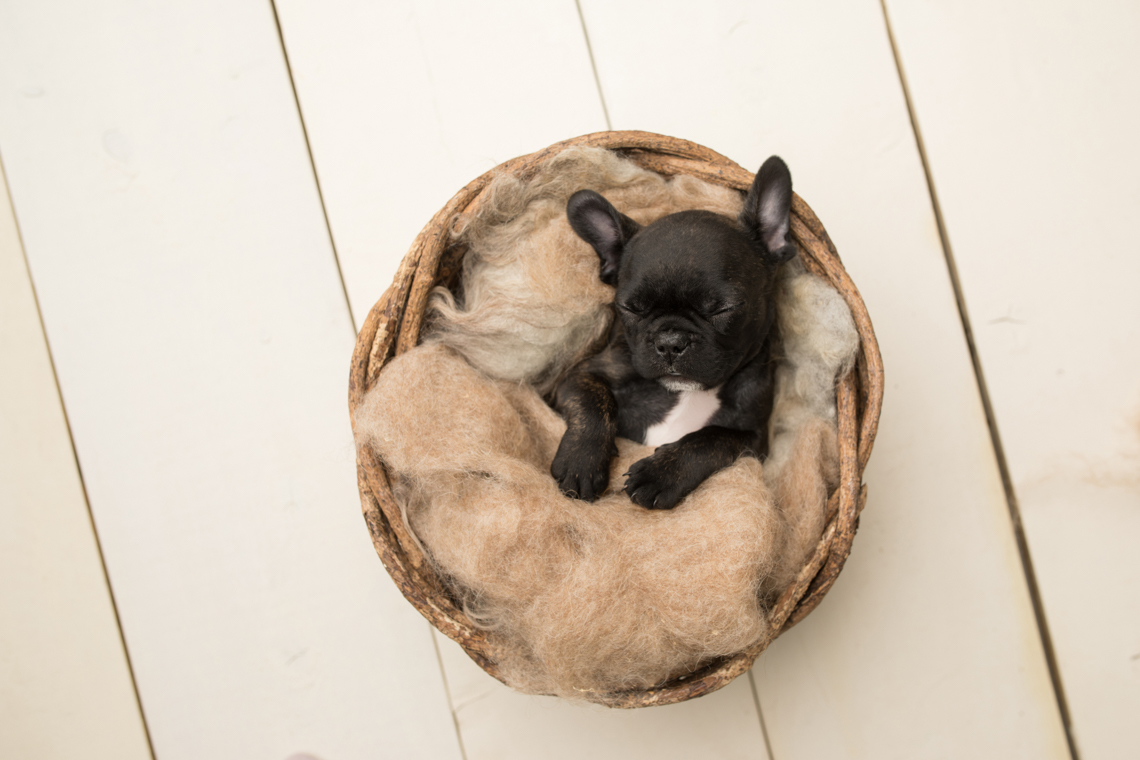 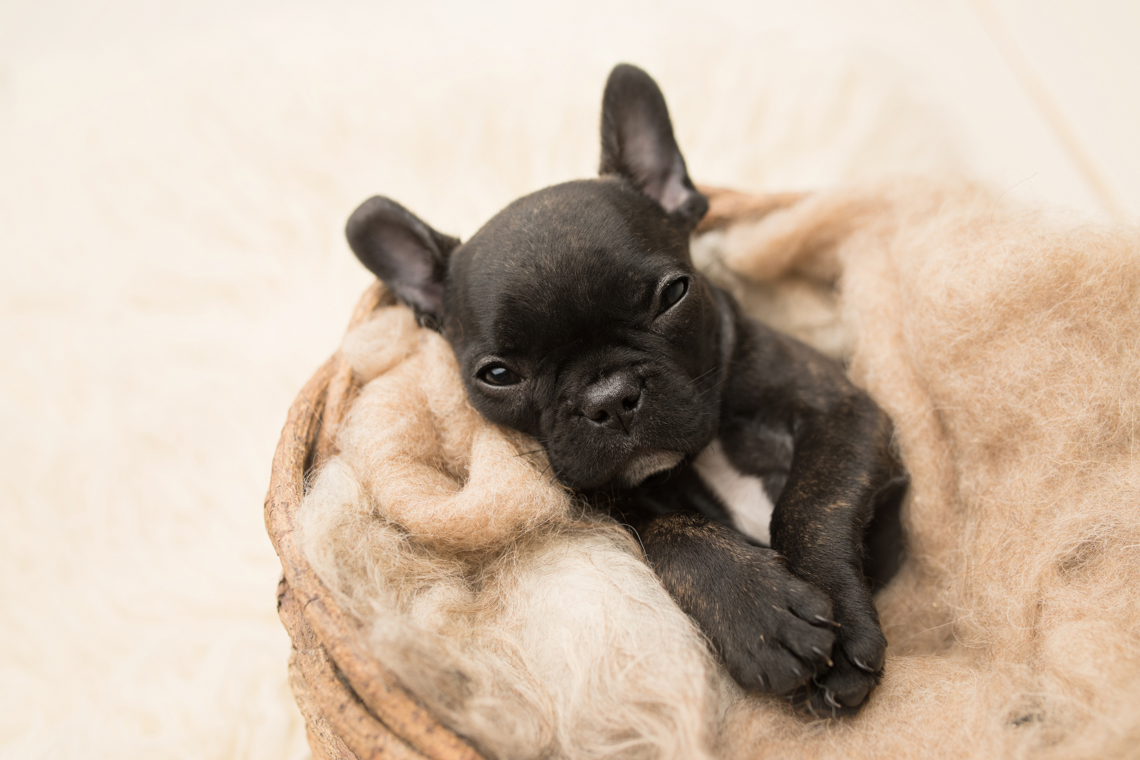 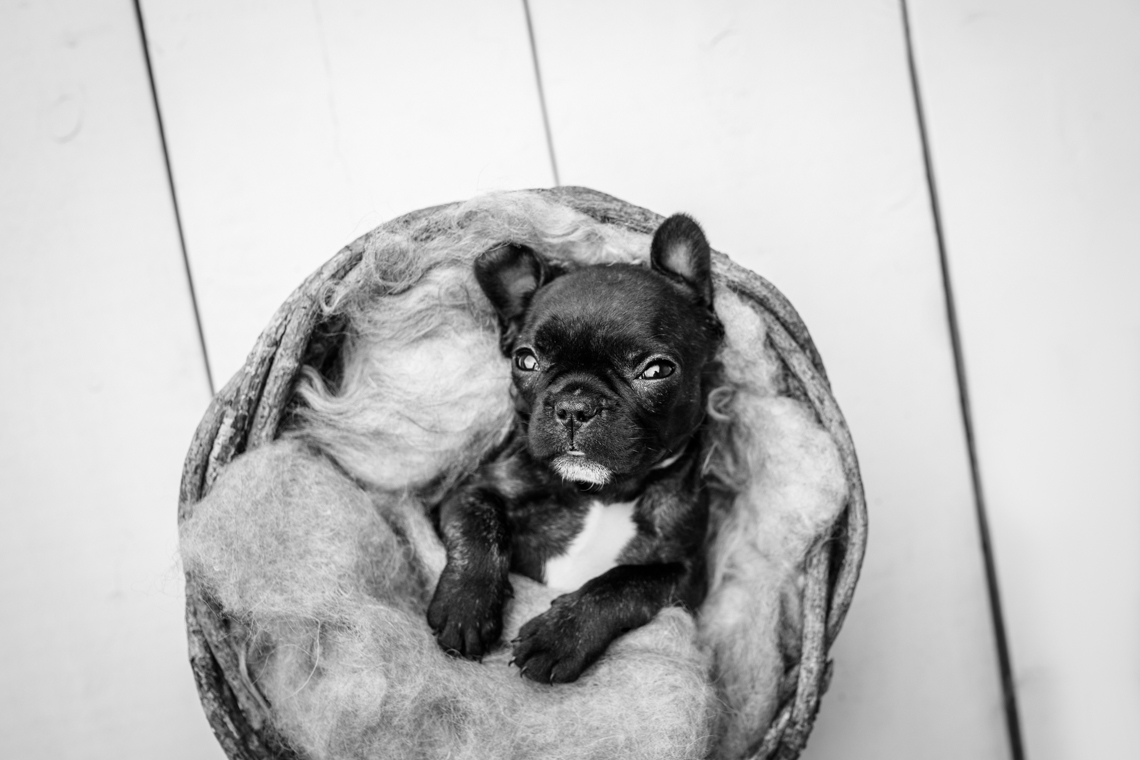 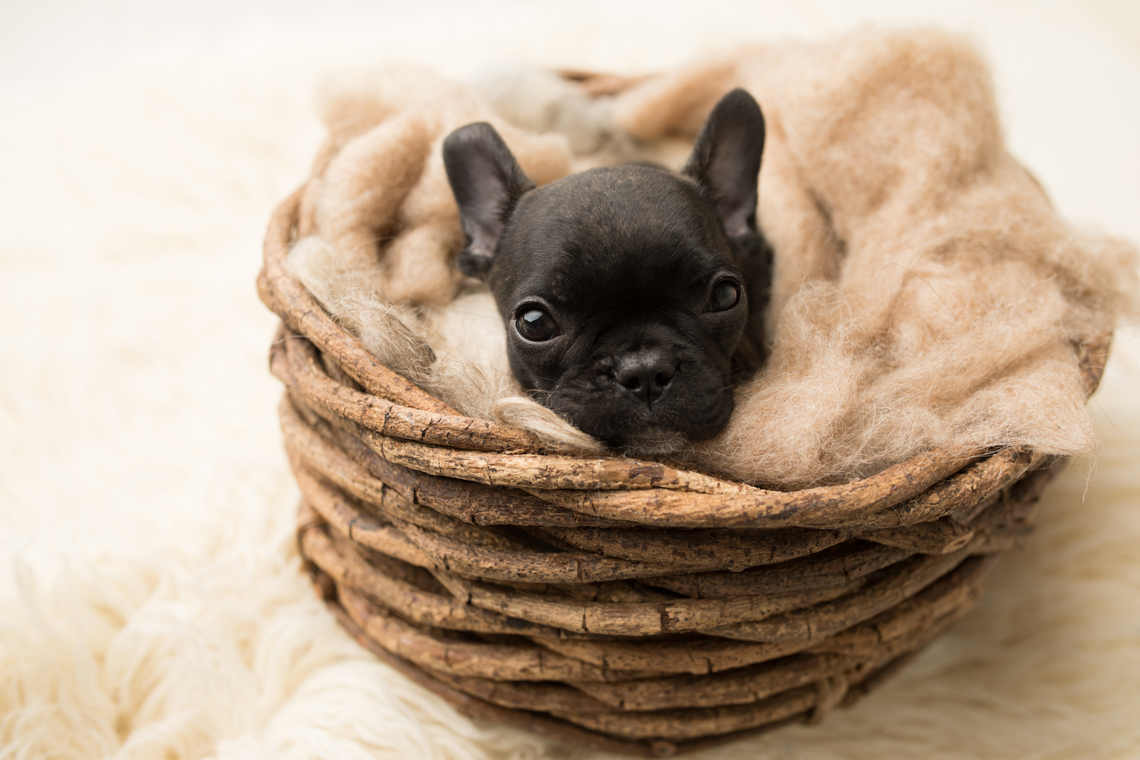 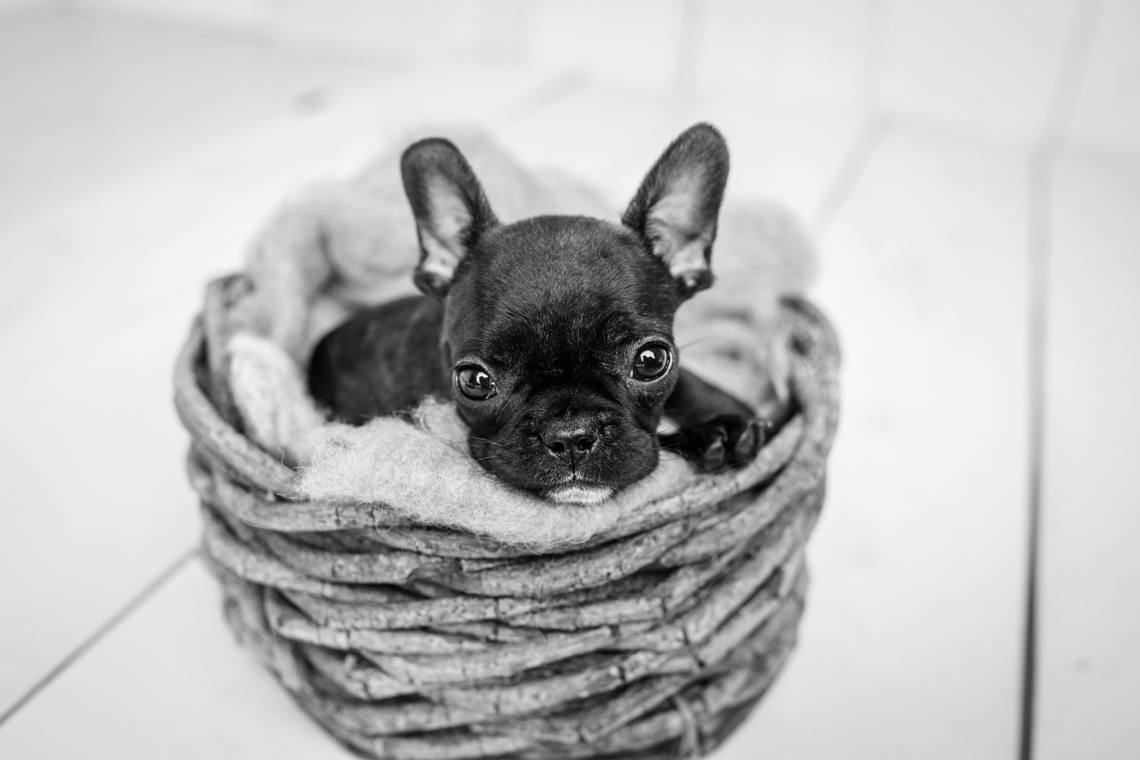