Written on January 12, 2018 by Studio Life in Cake Smash with 0 comments

Jack’s Mummy came to me with the idea of having a woodland themed cake smash. She loves foxes and I was very excited designing the set-up!

Jack’s outfit was organised by his mummy and it suited him beautifully. We followed the colours from his outfit through to the backdrop and the cake. Burnt oranges, greens, browns worked nicely all together. Bibi’s Bakery did an amazing job with the cake.

Not all babies like the taste of the cake and that was the case with Jack. He did try it but wasn’t too keen on the sweetness. I never worry if baby doesn’t like the cake as I know we will still have some brilliant expressions captured. Jack did love the fox faces on the cake, he kept pointing at them. He was also intrigued by the pine cones. The funniest moment during the session was when I started singing to Jack to get some smiles. He wasn’t very impressed with my singing, which resulted in some of my favourite pictures! I wasn’t at all offended.

Jack’s personality really shone during the bath time. He was doing lots of splashes, playing with ducky and then just chilling in the bath, sucking his toes! No doubt, he loves water more than cake! 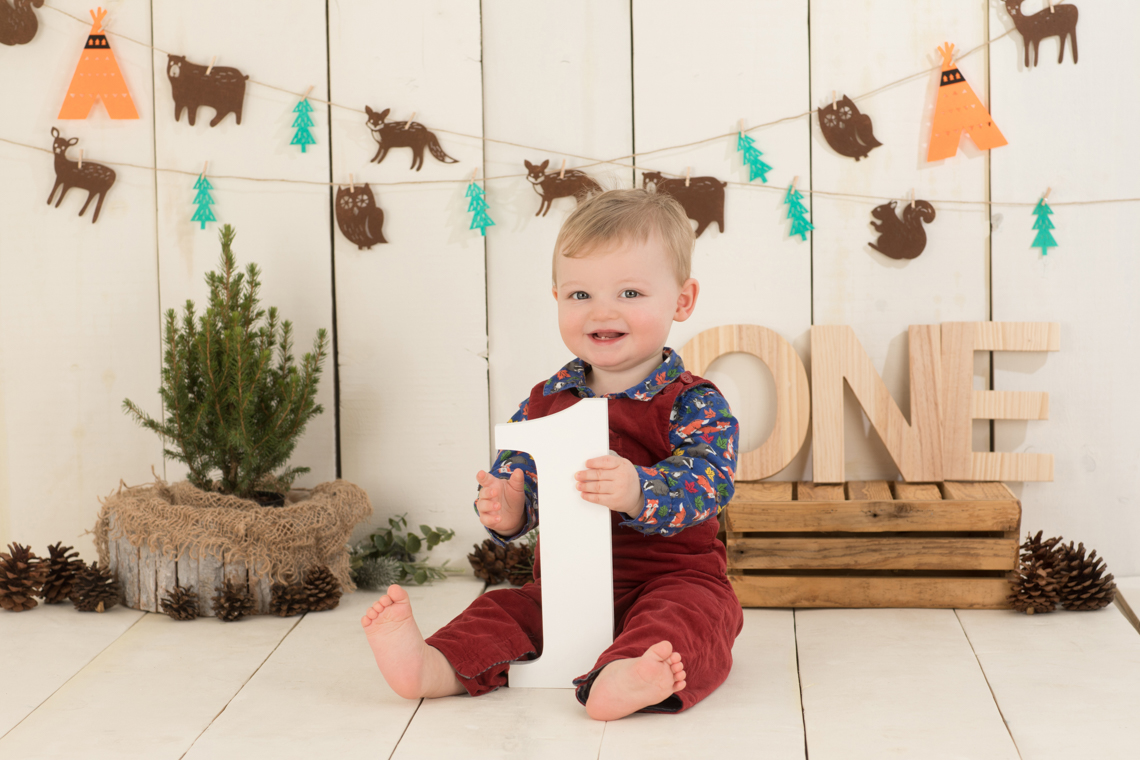 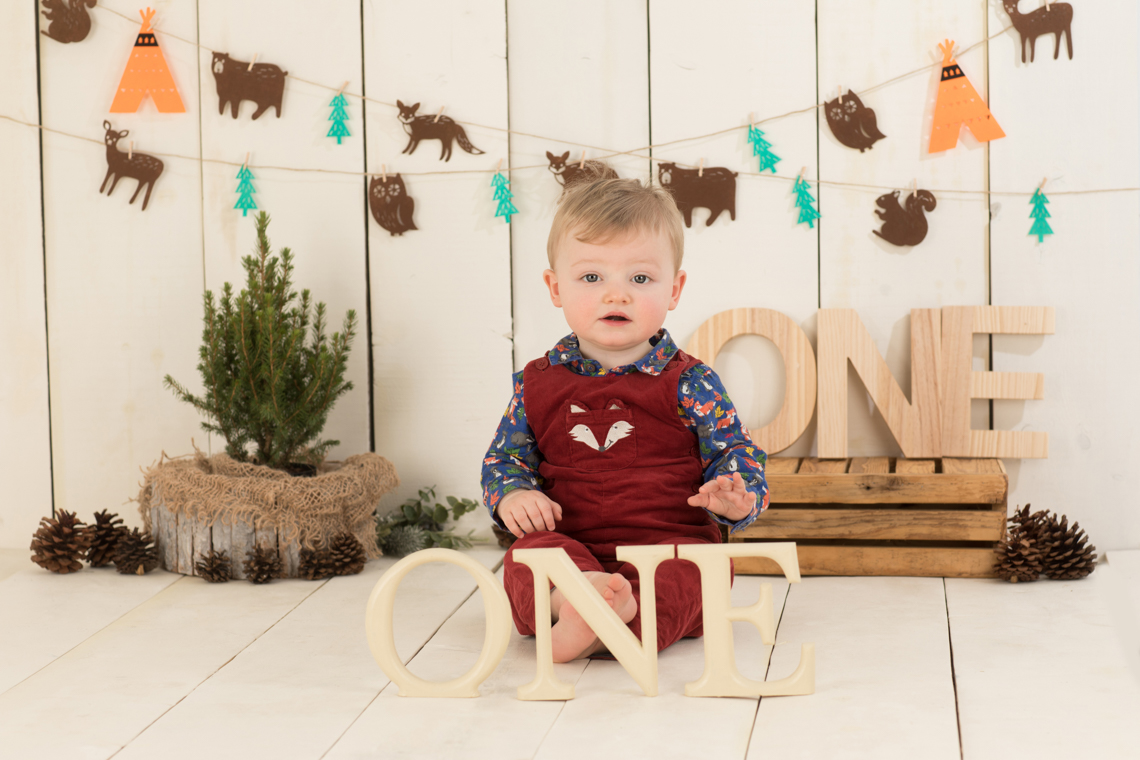 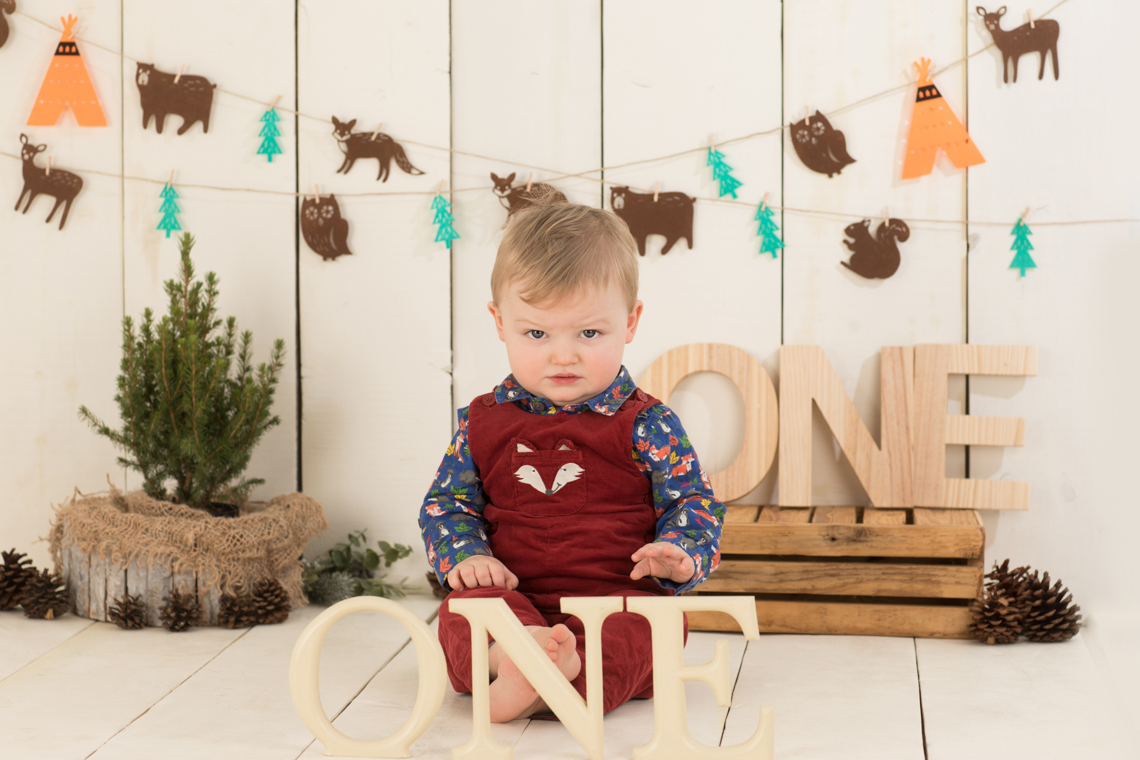 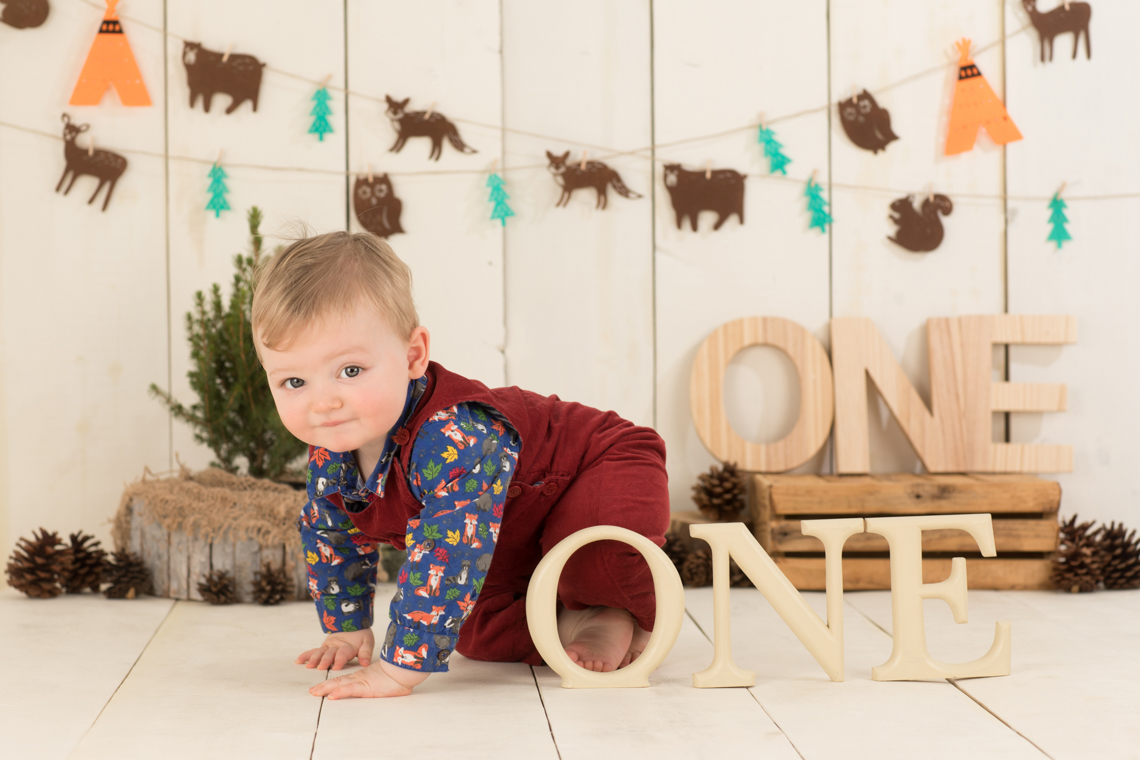 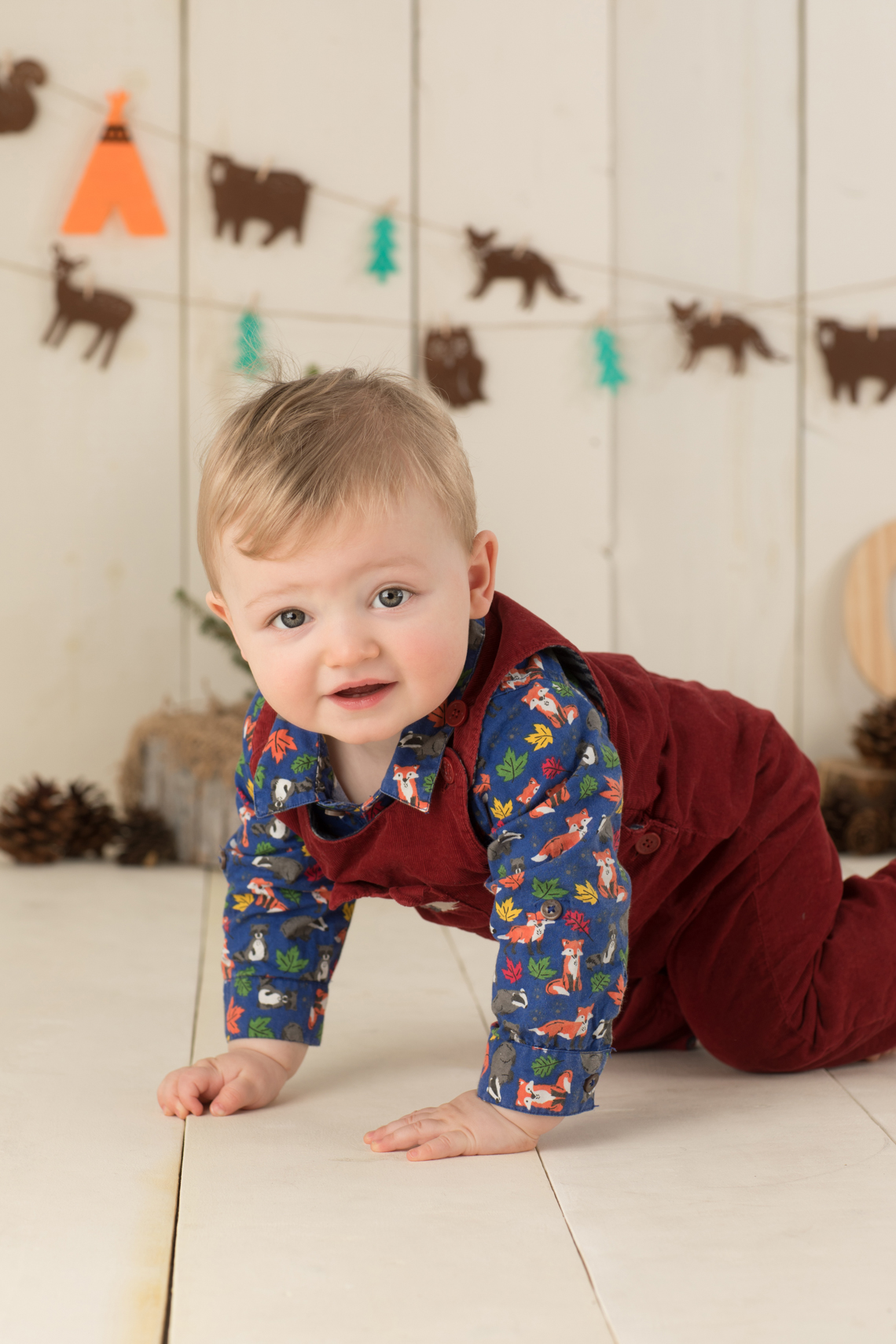 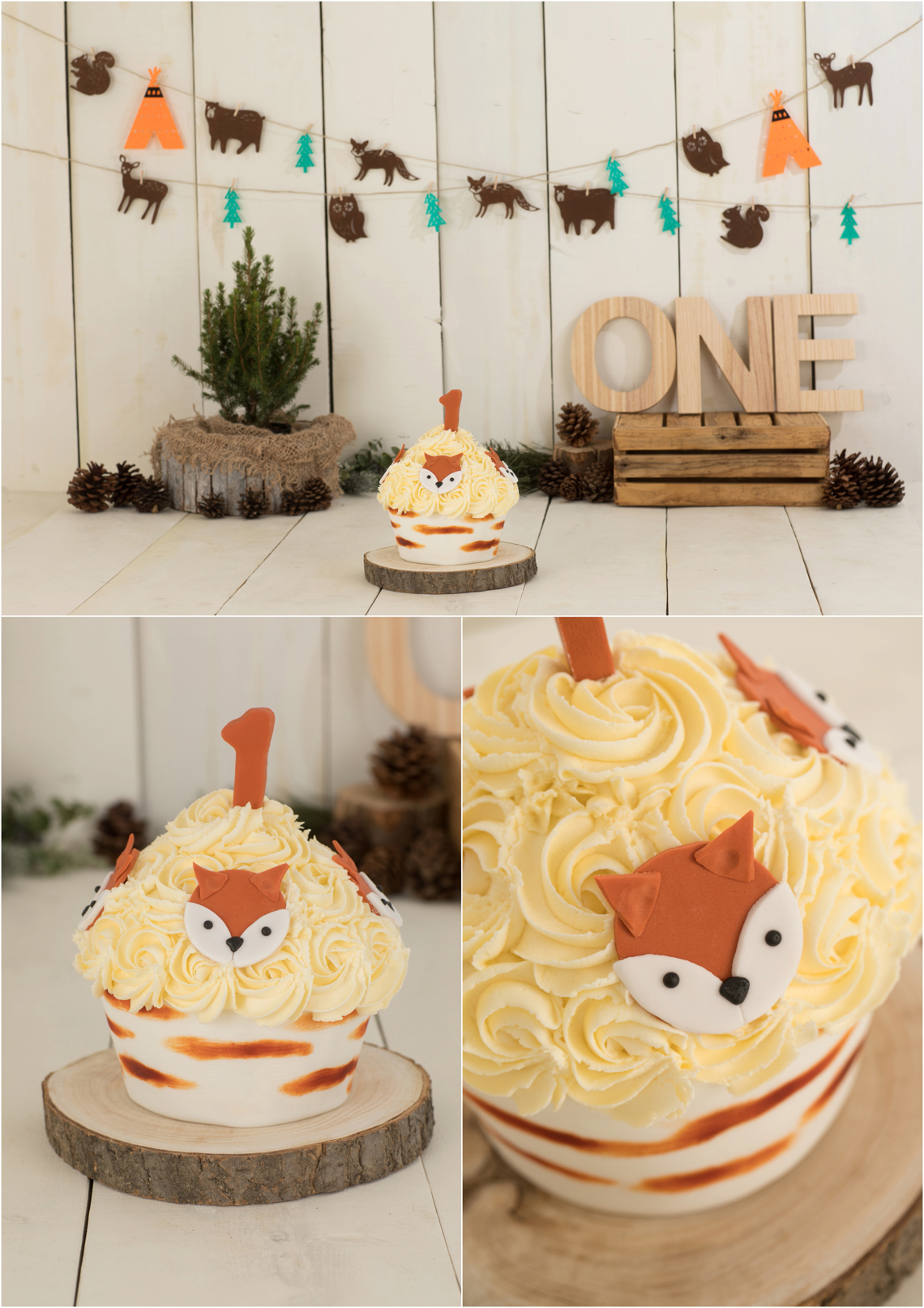 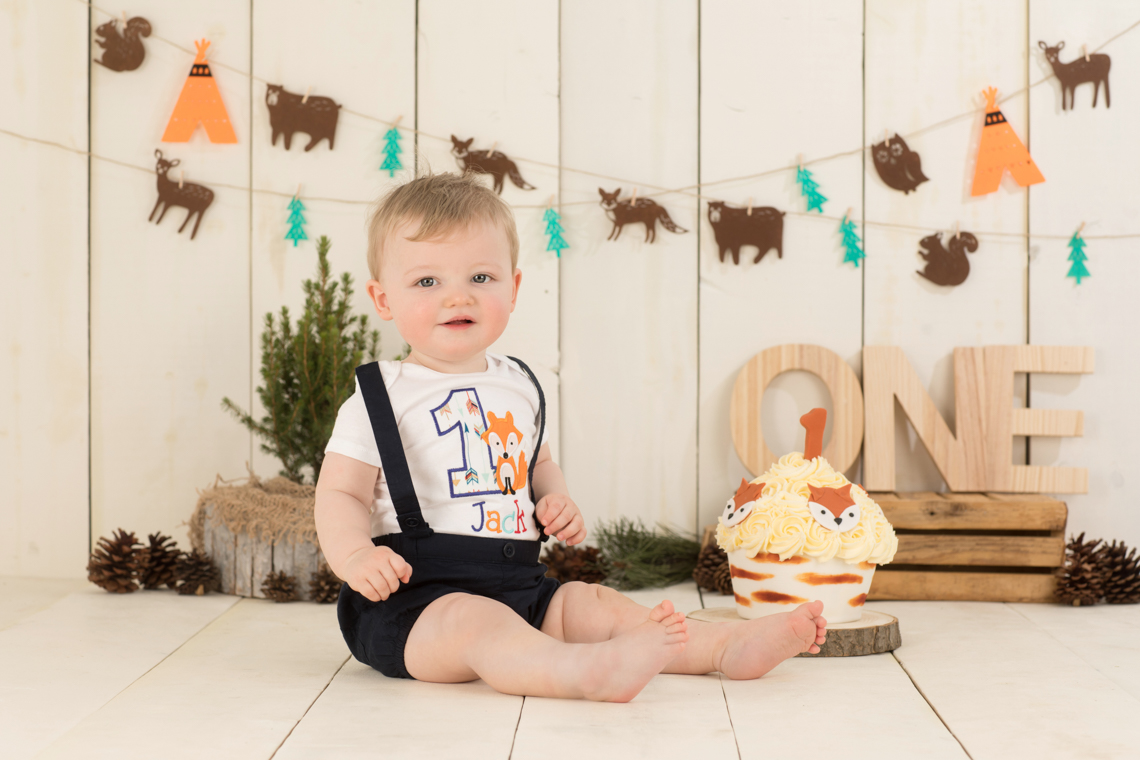 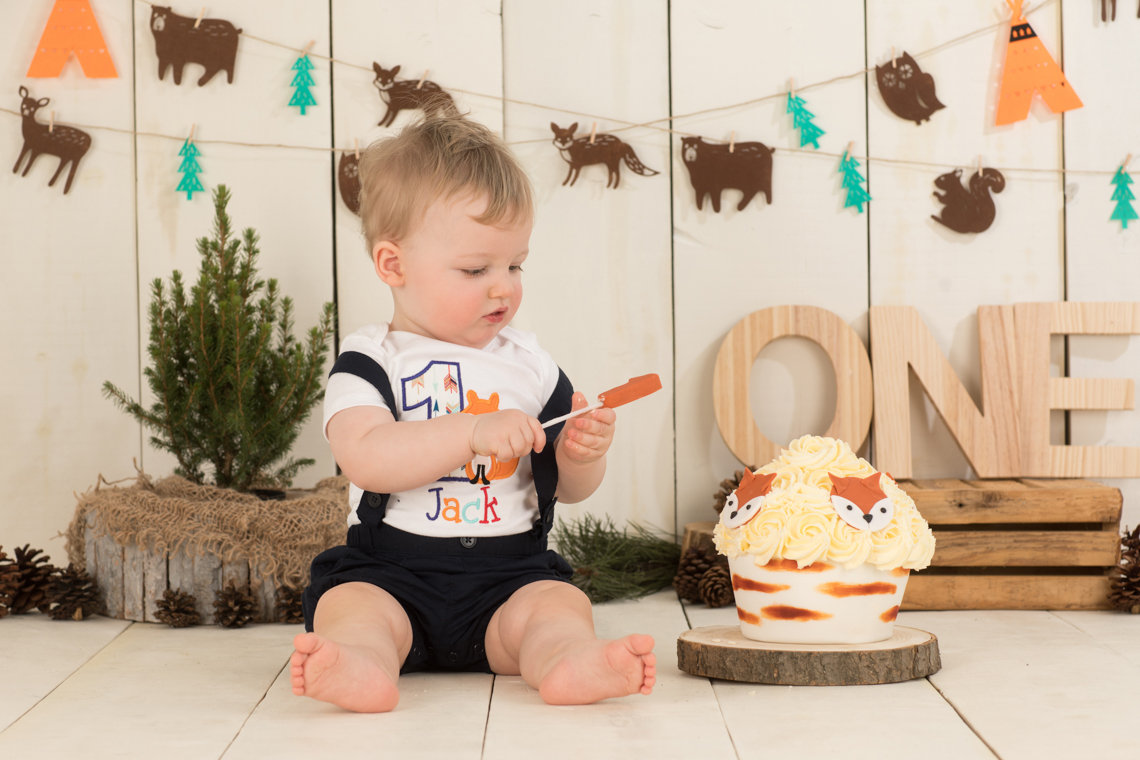 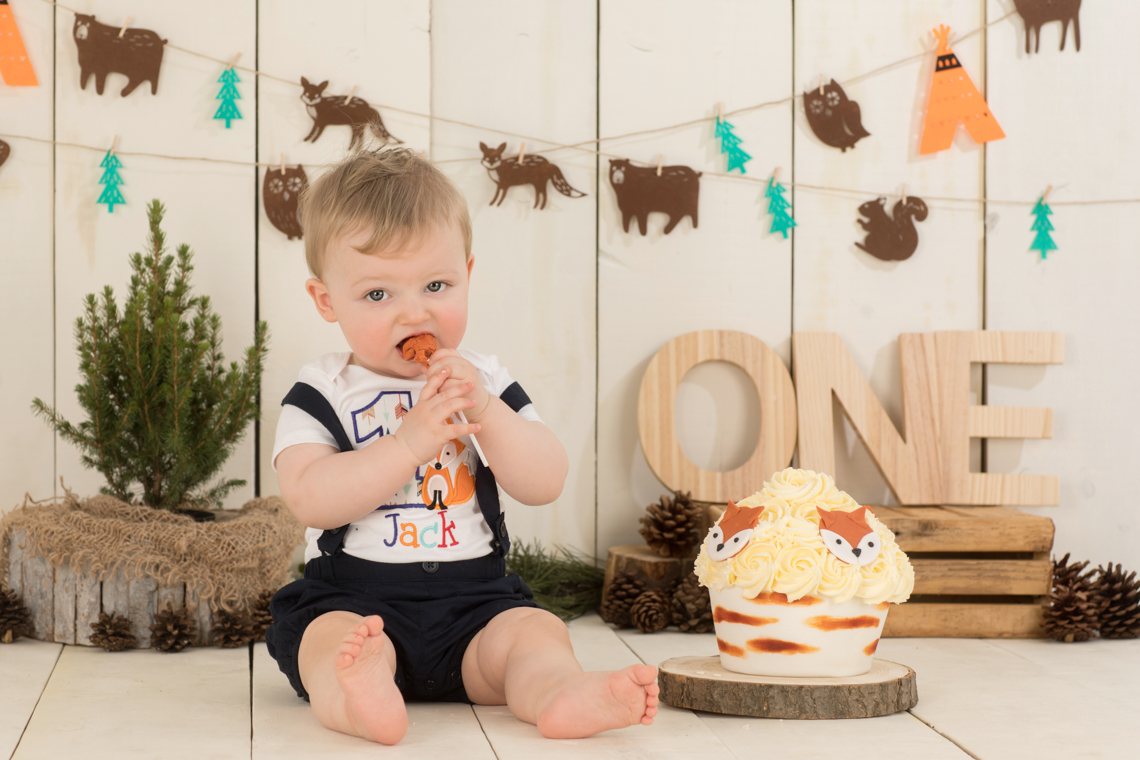 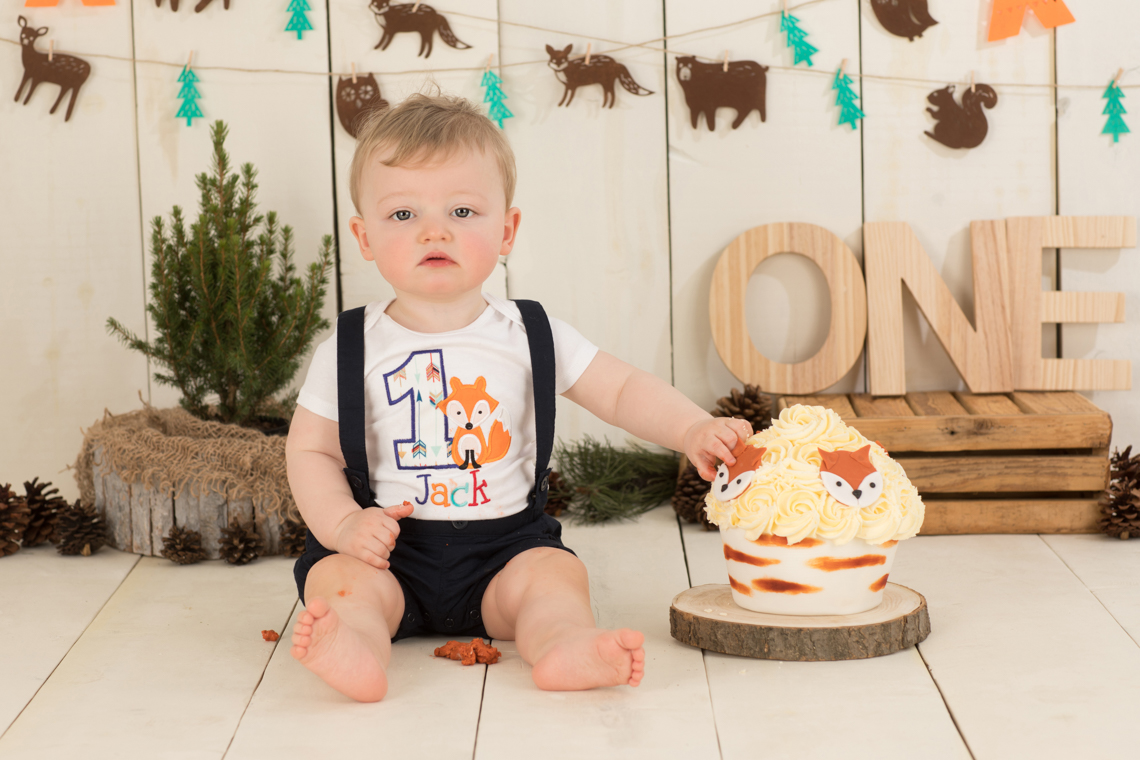 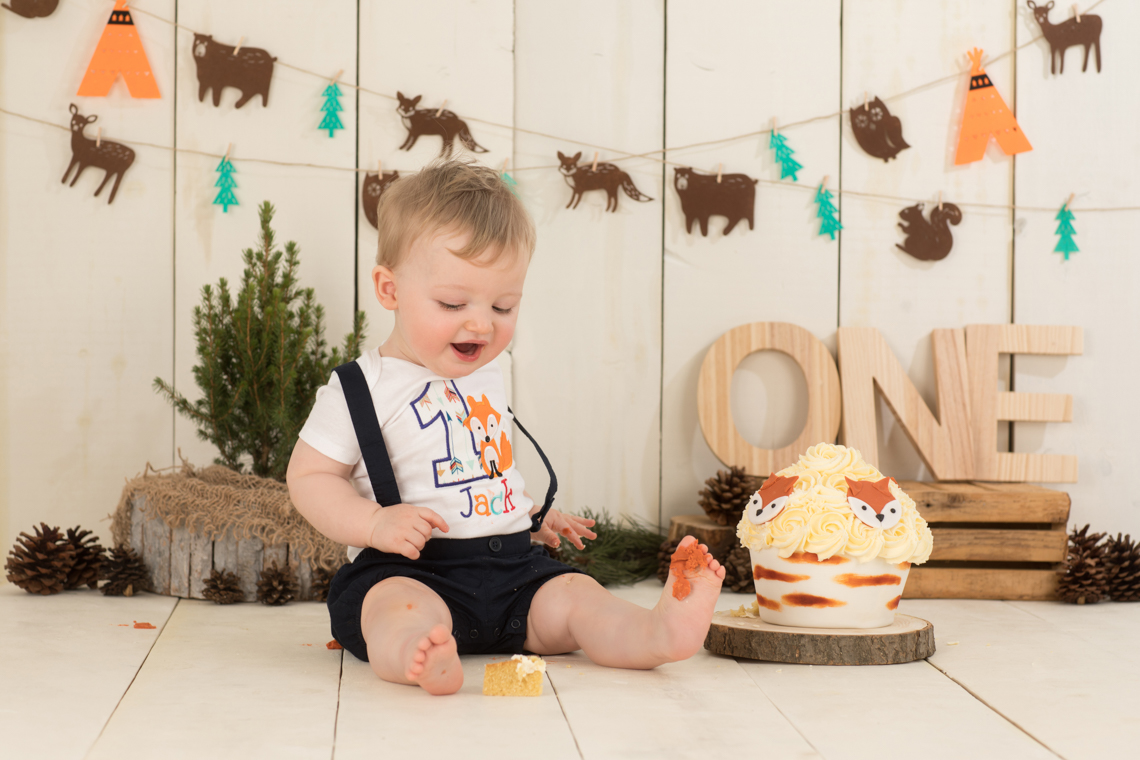 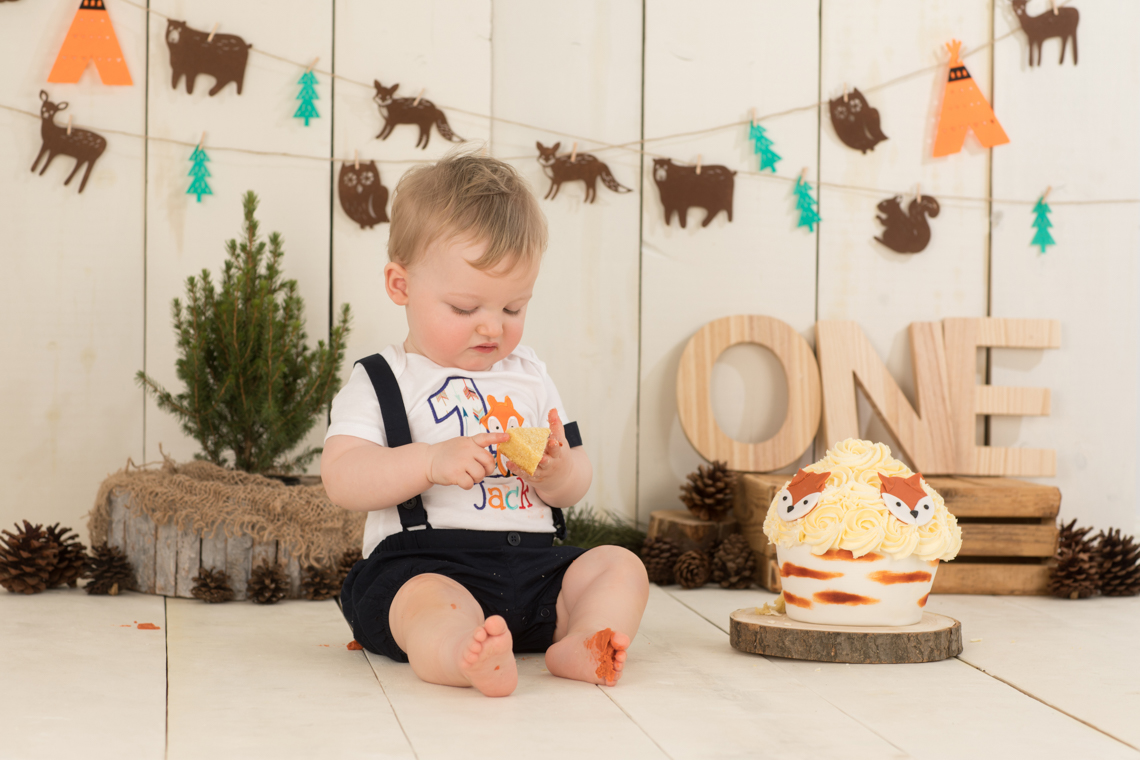 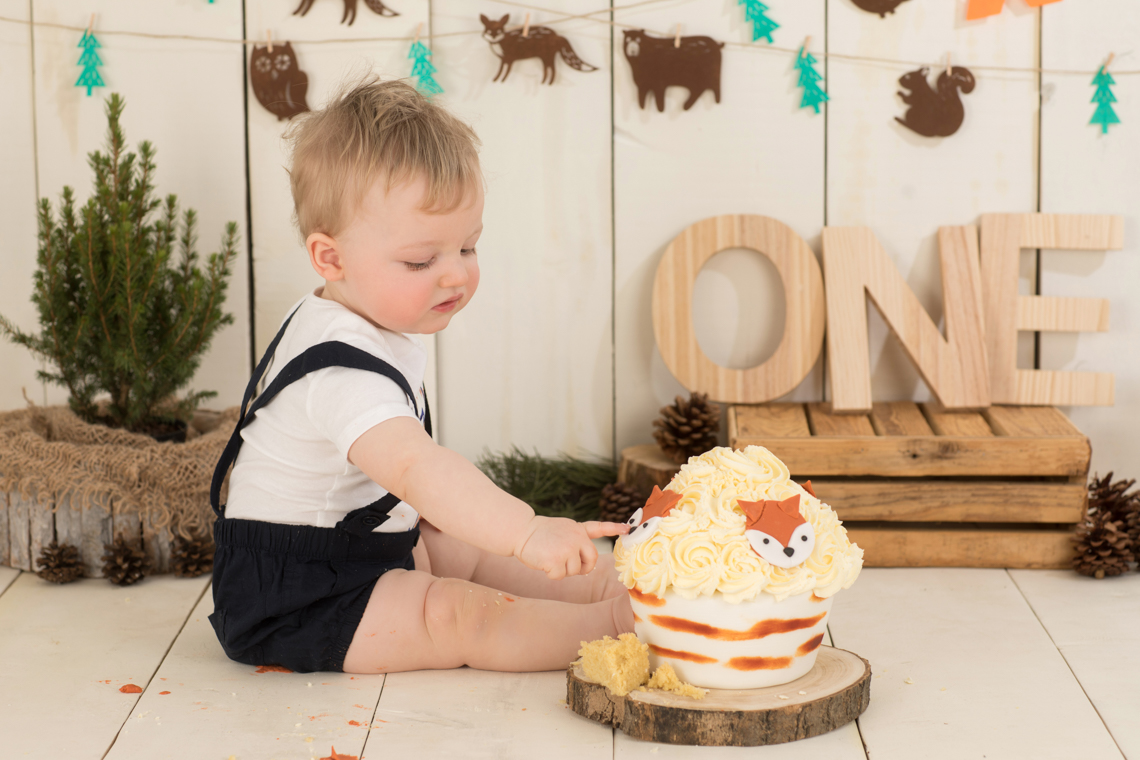 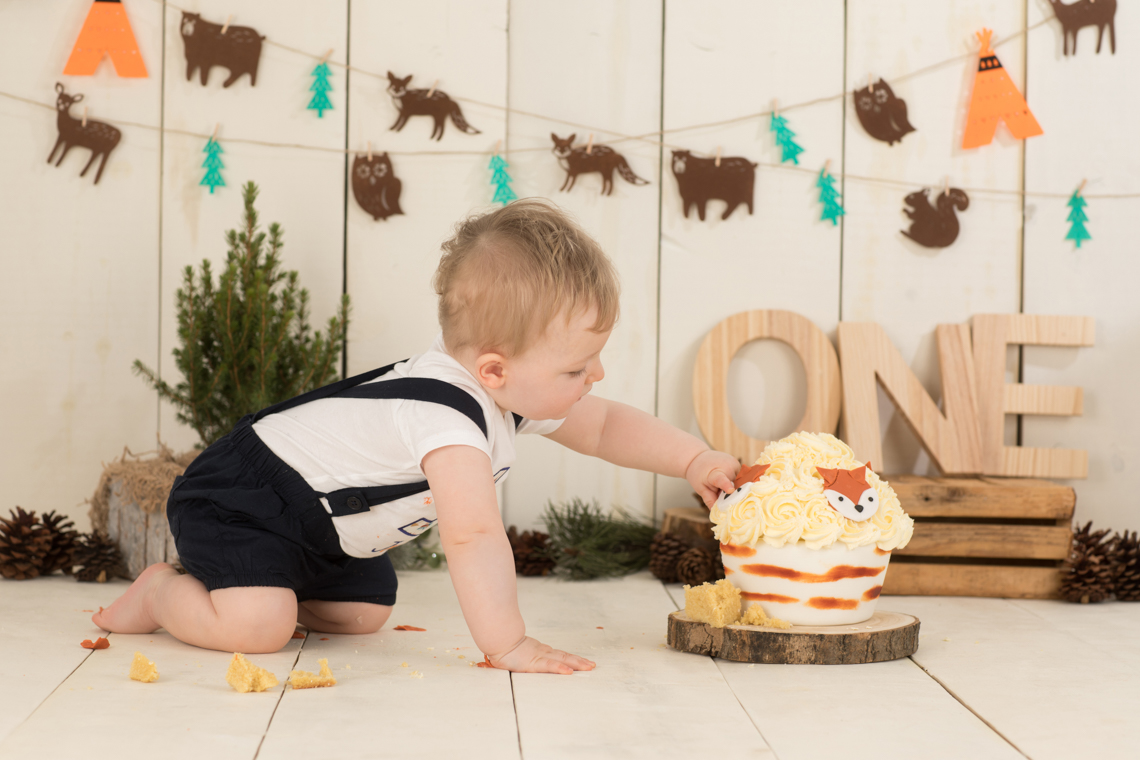 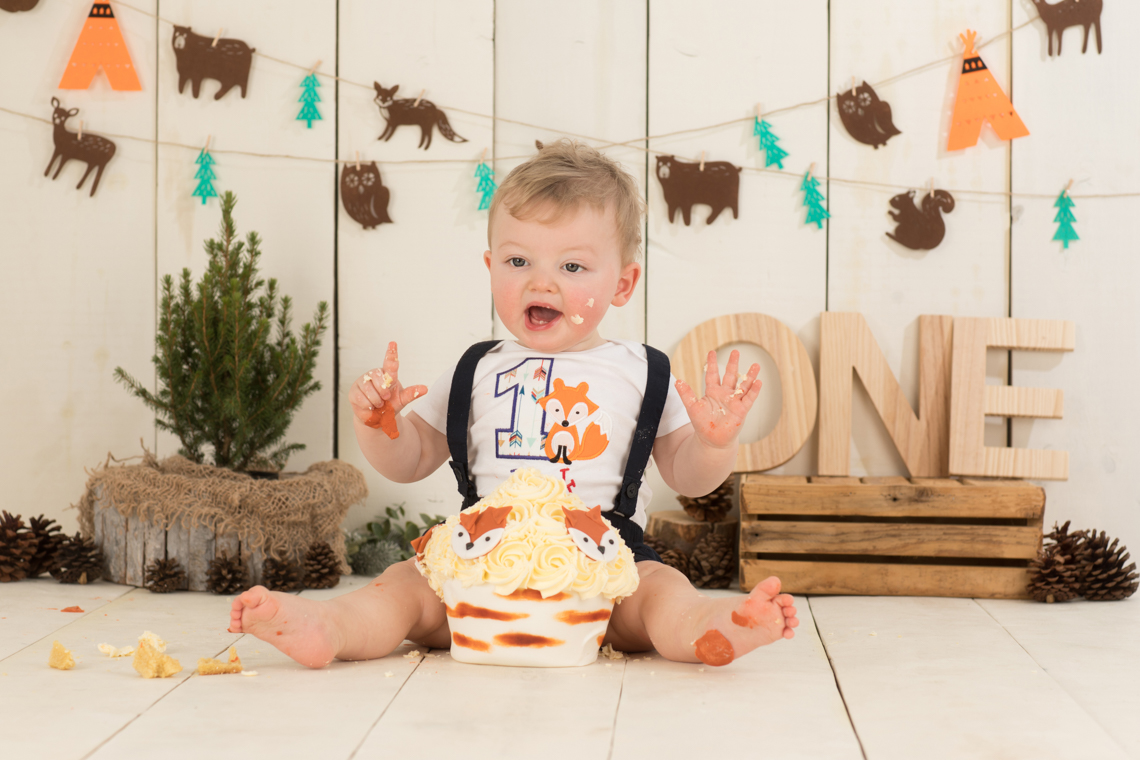 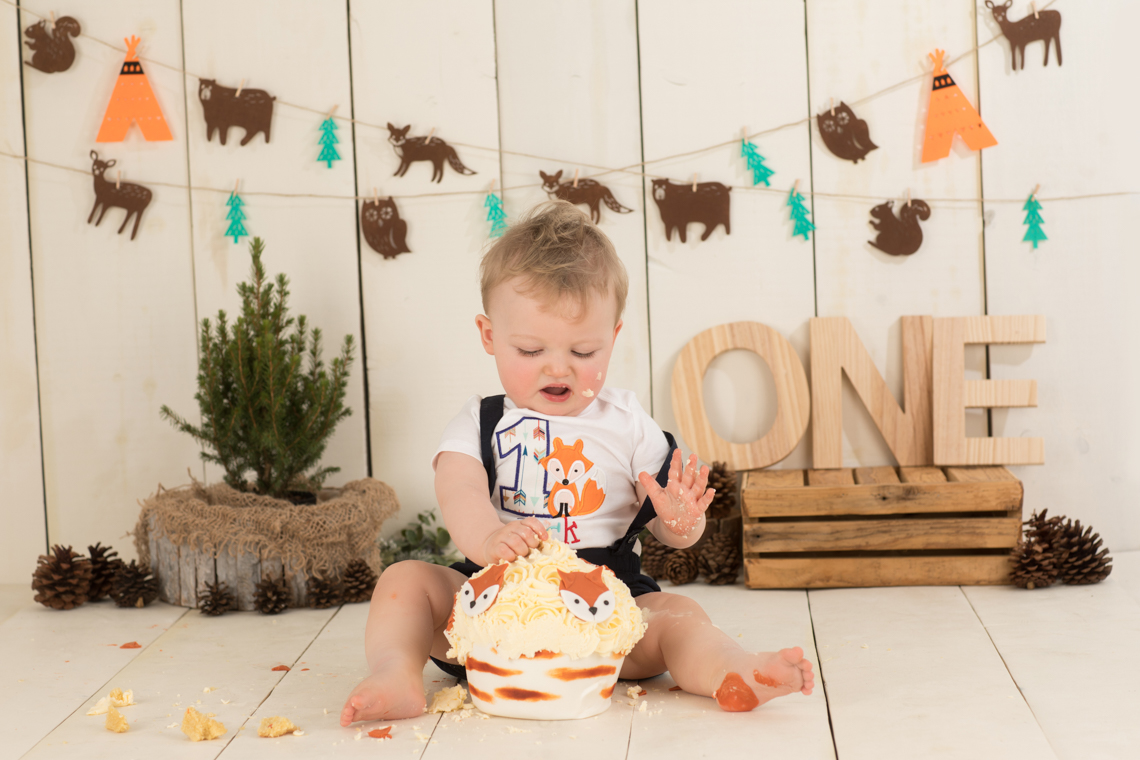 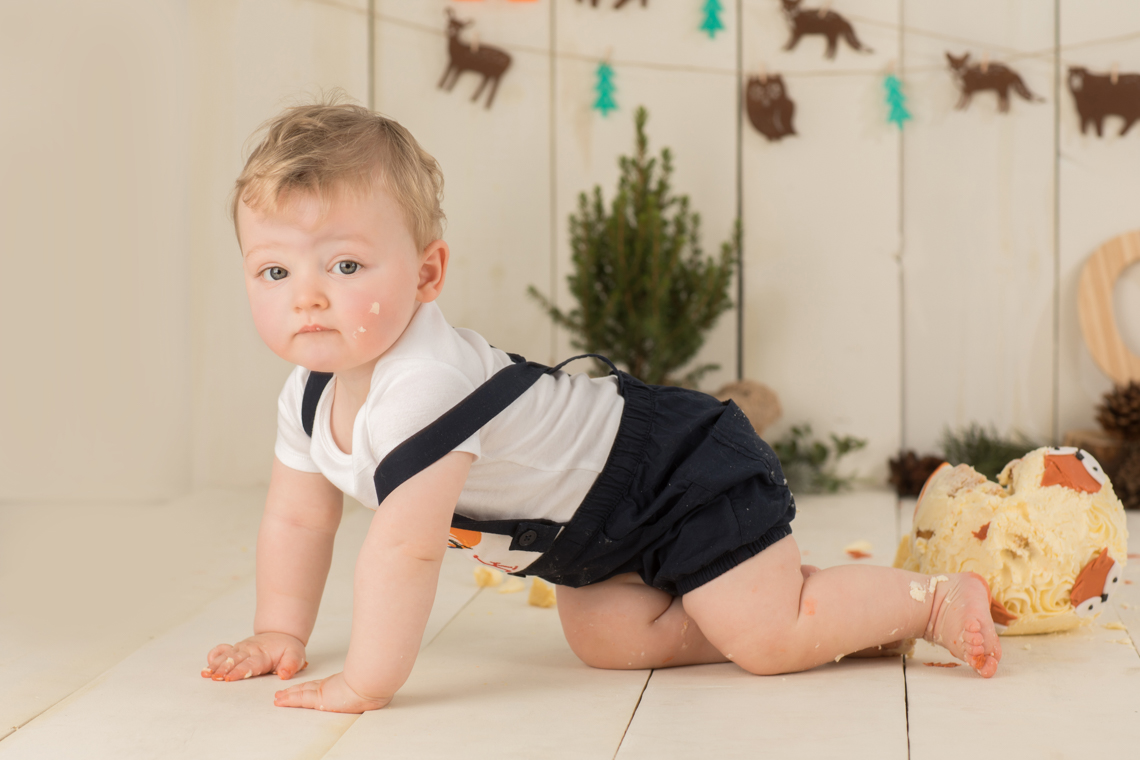 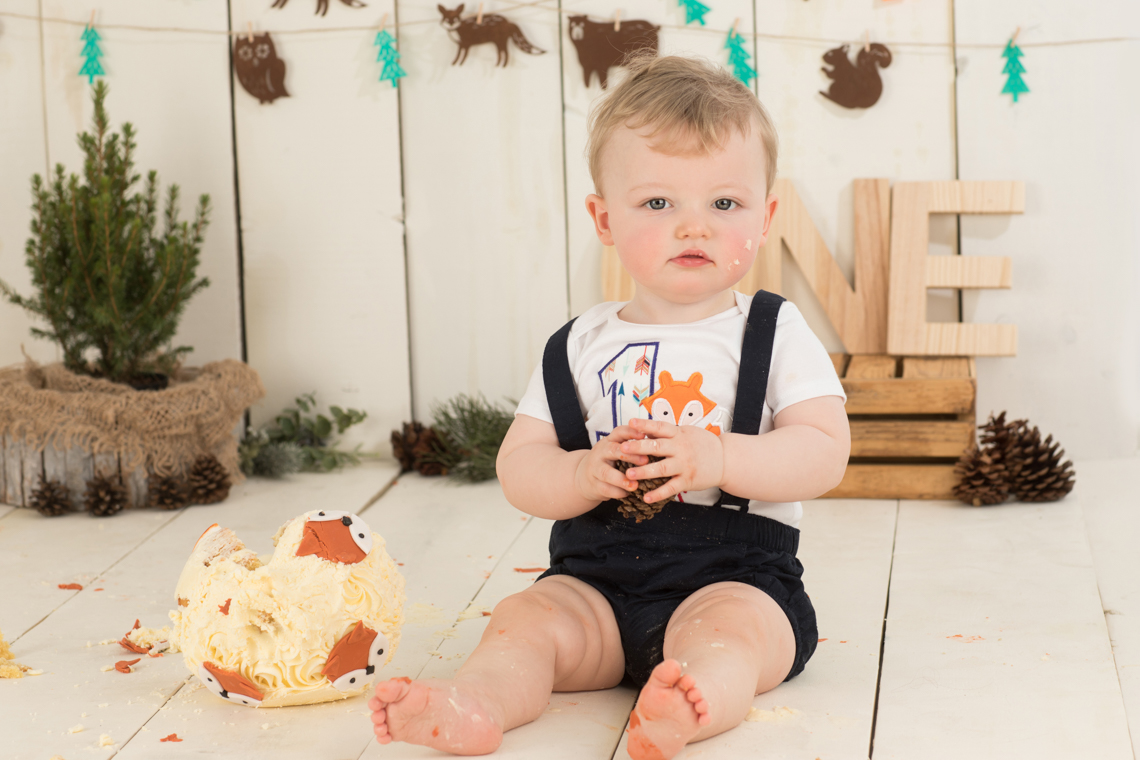 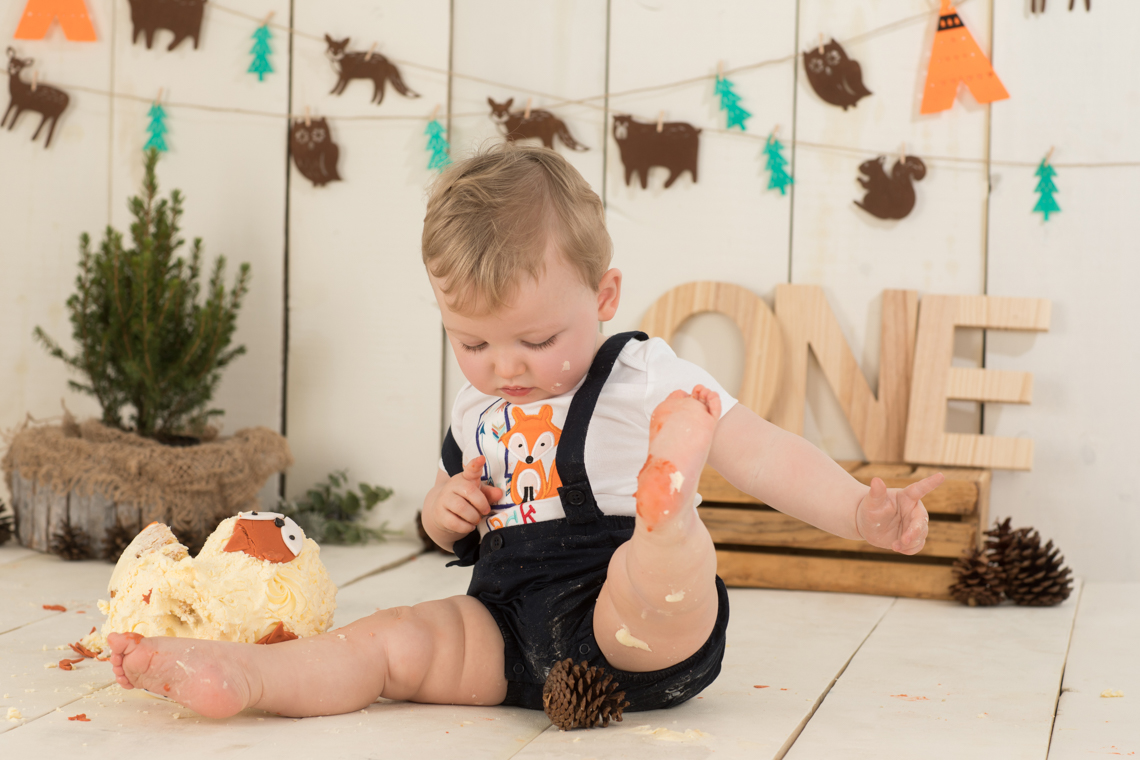 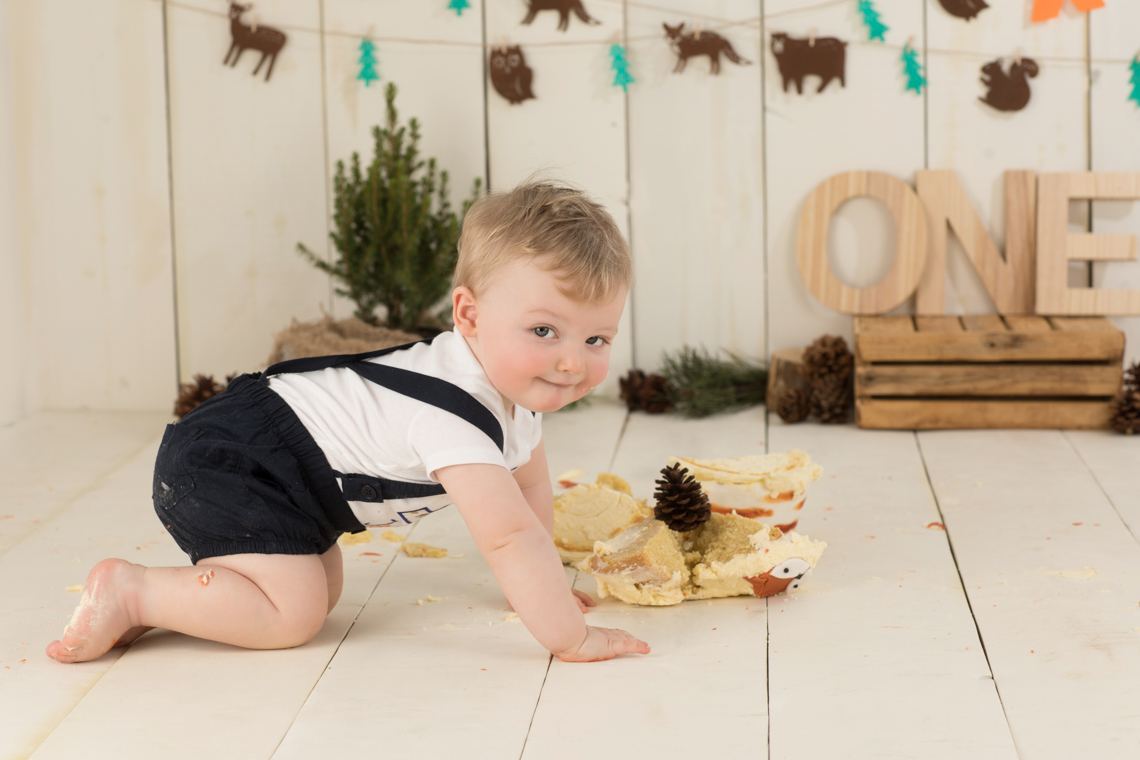 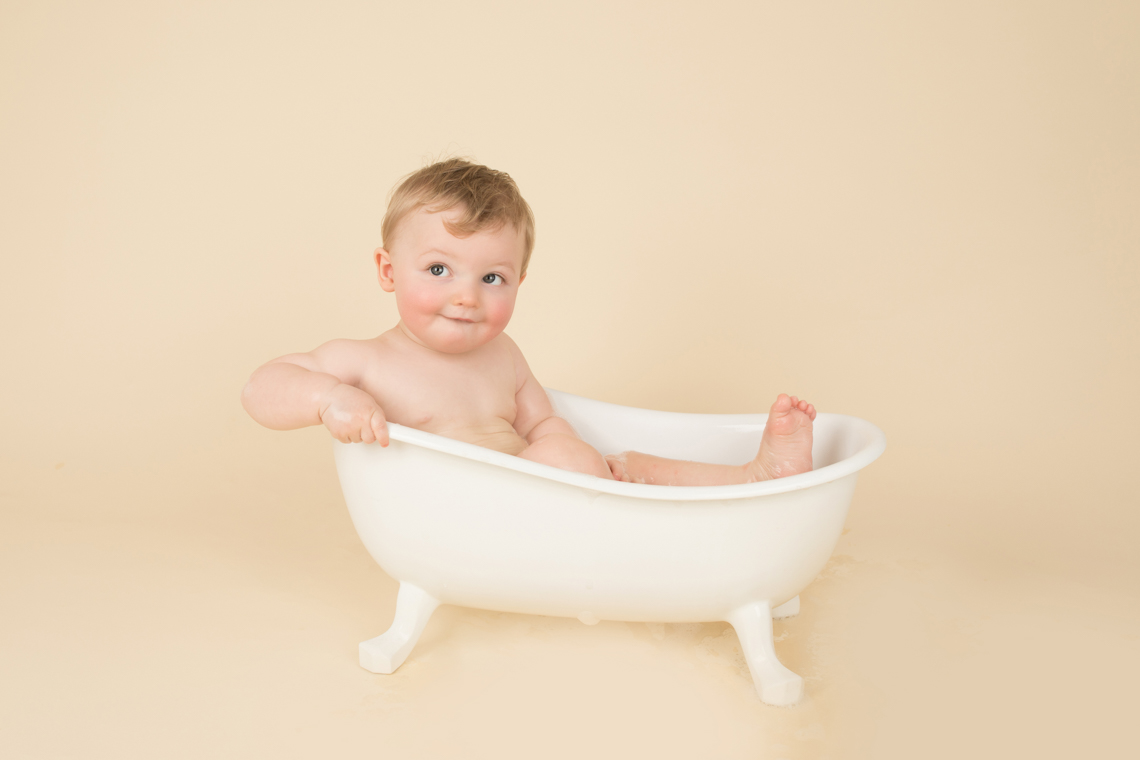 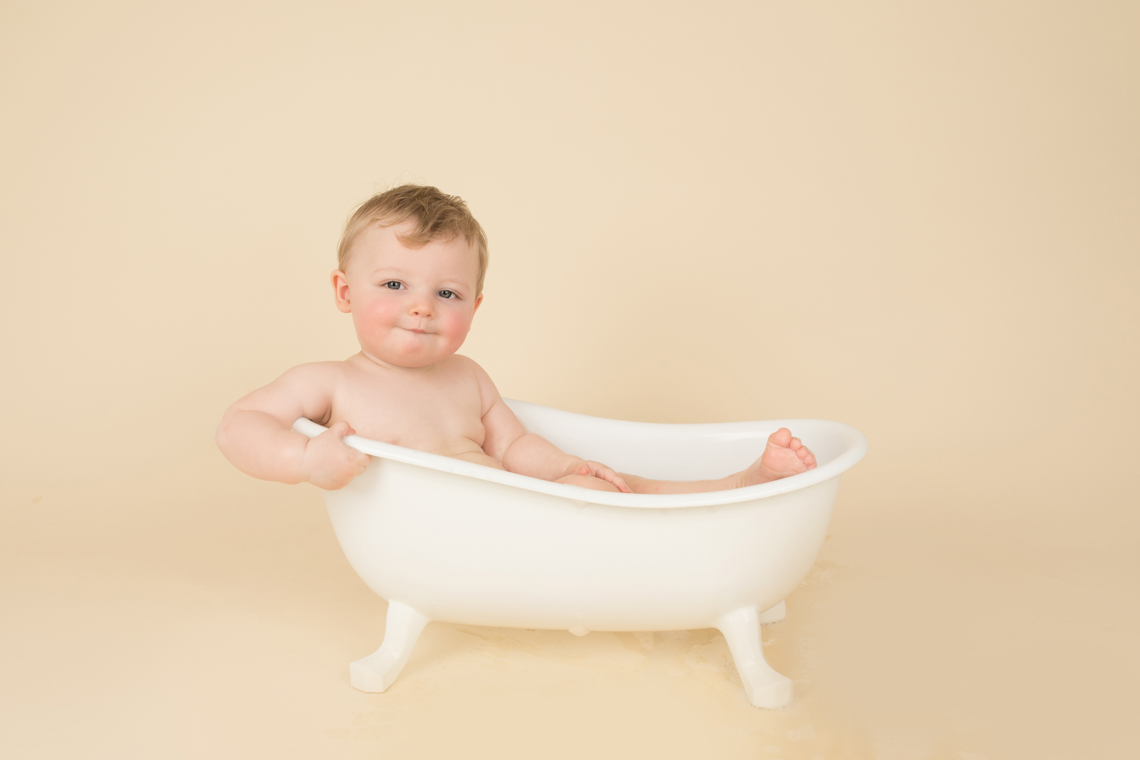 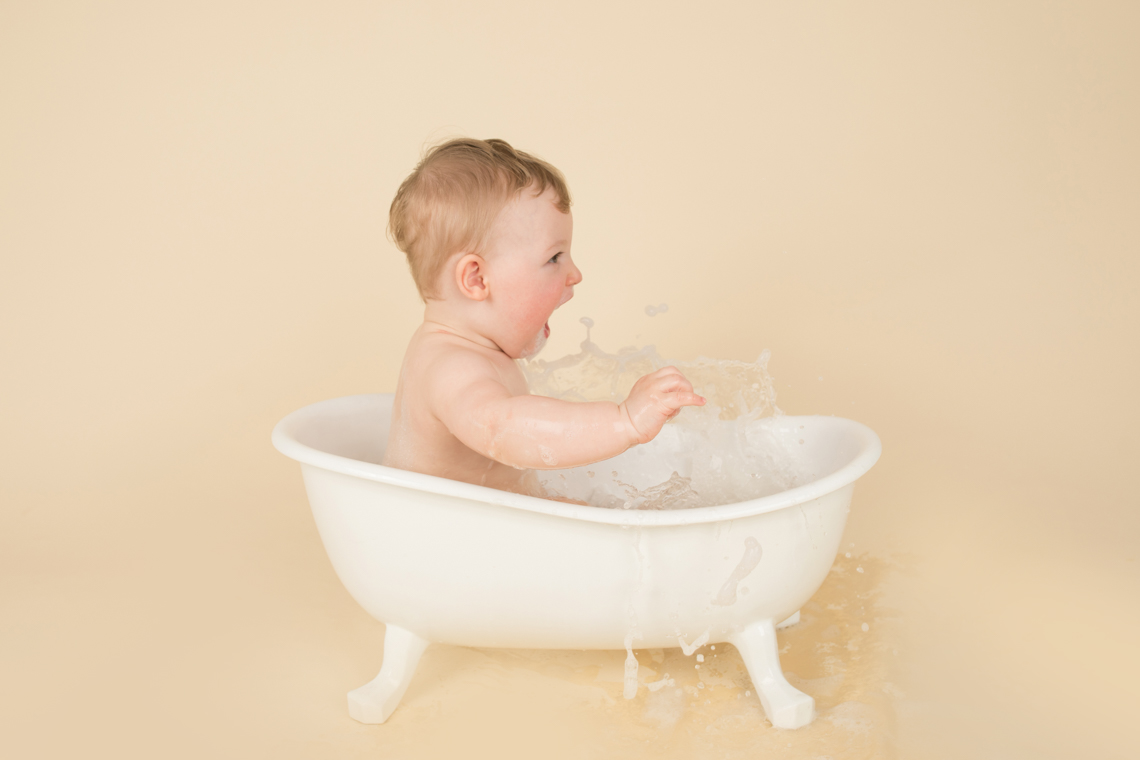 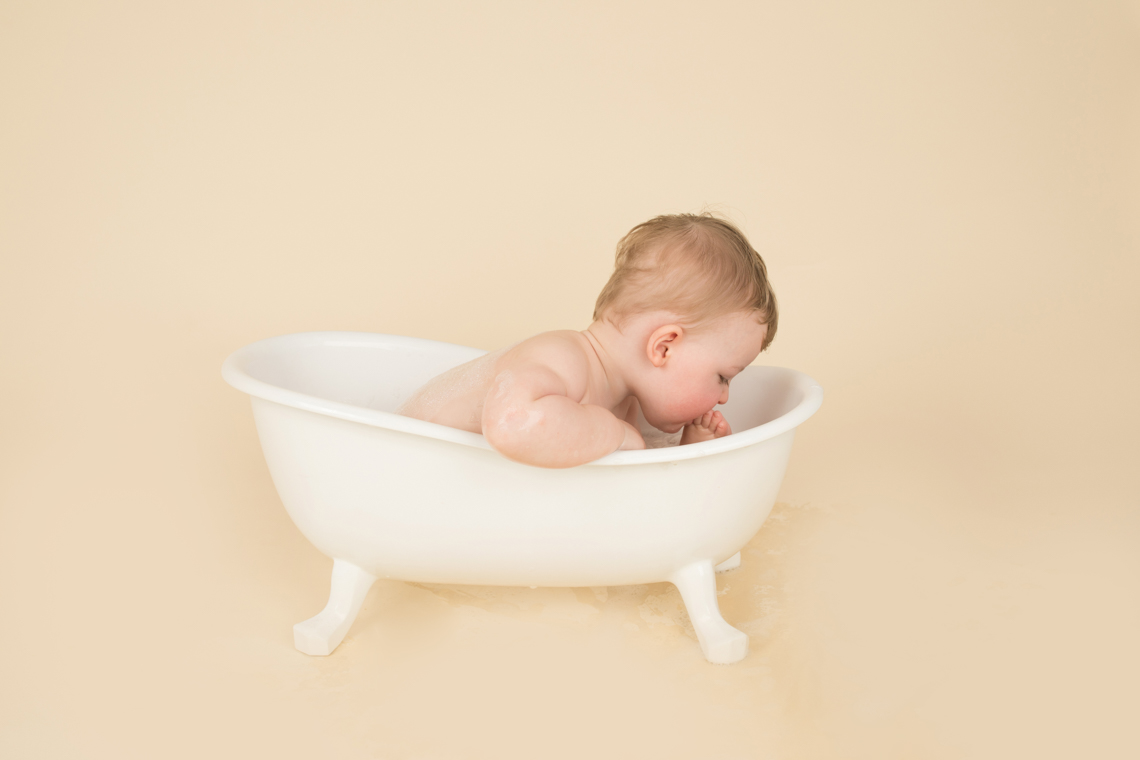